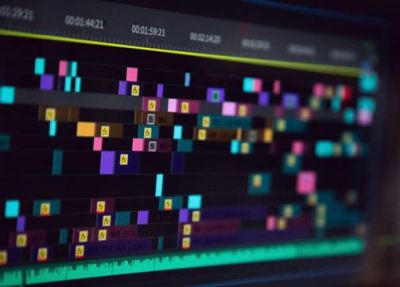 West Virginia is a trendsetter in the nation as it pertains to online casino gambling. WV was the fourth state in the US to approve online gambling. Now the WV online gaming market is developing very fast, and new companies enter it every single year.

DraftKings Casino earned the distinction of being the first to enter the market after taking a little more than a year to put the required infrastructure in place. But what steps were taken in order to allow this launch? How did we get to where we are right now? Let’s talk about the timeline of gaming legislation in West Virginia. And if you want to find more helpful information about this bustling market, you can visit Igaming WV for some guides, articles, and news.

Have you ever wondered how West Virginia’s gambling regulations were expanded to include online casinos? We can look at the complete history of gaming laws. Here is a chronology of West Virginia’s most significant gaming milestones:

Even as late as early 2019, West Virginia was seen to be an unlikely candidate for the legalization of online gambling. The Lottery agency’s transition in leadership prevented any progress in 2018, and in February 2019, it appeared that lawmakers’ discussions on the matter had been postponed until the issue of sports betting in the state got resolved.

Due in large part to the concentrated efforts of delegate Shawn Fluharty, who frequently proposed online gaming bills, progress unexpectedly accelerated in March. In 2018, his work was crucial in getting online sports betting legalized.

West Virginia has significant potential even though it is the second-smallest market in the United States (beating out only Delaware, which is… tiny). West Virginia, sometimes known as the Mountain State, is not the simplest area to navigate. Online gaming companies have given considerably more residents of the state access to the world of casino gambling by avoiding long, convoluted travel to a retail gaming establishment.

Let’s check some of the brands that have successfully entered the West Virginia gaming market:

One of the first companies to introduce an online casino in WV was BetMGM, which made its debut in 2020. The company is a partnership between MGM and Entain, which owns a number of well-known UK sports betting brands. It offers a top-notch online experience and a great sign-up incentive.

DraftKings acted quickly to seize the chances provided by PASPA’s repeal in 2018. In July 2020, it was the first company to introduce an online casino to West Virginia. The quality of its online service and the variety of games available on DraftKings are highly acclaimed by both critics and players.

One of the top companies in the industry is FanDuel. After PASPA was repealed, it skillfully repositioned itself as a supplier of Daily Fantasy Sports games to introduce online sports betting and casino services. In 2021, FanDuel launched its online casino in West Virginia. FanDuel is a great choice if you are looking for an online casino in WV because of its excellent online and app user experiences as well as a number of excellent welcoming bonuses.

ABOUT THE AUTHOR:  Arsenii Anderson is Head of Content at Intress Media