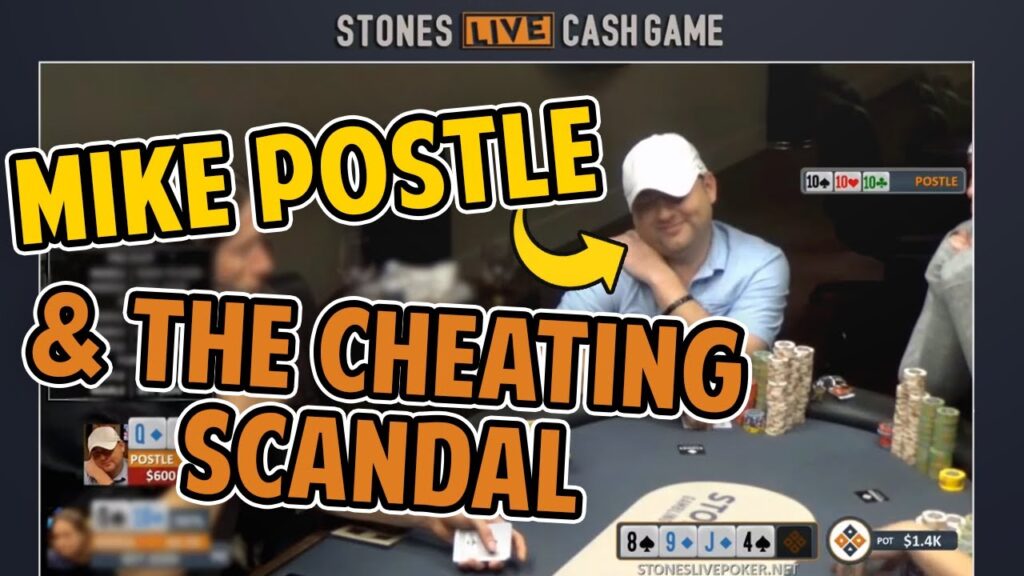 A poker player and commentator from Stones Gambling Hall in Northern California accused one of her fellow players of cheating during numerous live-streams on the poker show, “Stones Live.” And now the poker community has come together to bash the accused cheater.

Veronica Brill – aka “Angry Polak” – was a commentator and regular poker player on the “Stones Live” streams which features mostly low-stakes poker games. She publicly accused fellow player, Mike Postle, of cheating and has since been applauded by the poker community.

What is the Basis for the Cheating Allegations?

Mike Postle is a Sacramento-area local professional poker player. By most accounts, he’s a solid player but is far from world-class. But he somehow found a way to win at an absurdly high rate on the “Stones Live” streams for well over a year.

Postle wasn’t just winning big. He was consistently making the correct decisions in tough spots. Brill had seen enough and accused Postle of cheating earlier this month on Twitter.

The poker community began investigating the situation by watching countless hours of “Stones Live” streams and came to the conclusion that Postle had to be cheating.

Once Brill brought forth the accusations and the poker community began investigating, the pressure was on Postle to prove his innocence. Things got even worse for the poker pro when Mac VerStandig, an attorney for poker players, announced Brill and other victims had filed a $10 million lawsuit against Postle and Stones Gambling Hall.

“I guess he wins a lot of hands of poker. I don’t gamble, because that’s how many hands I lose. But we don’t know what the facts are. I can just say this: When I play poker I lose almost every hand, so I know such streaks are possible,” Portanova said.

Portanova didn’t disclose the specific strategy he plans to use to defend his client. But it’s clear he will attempt to convince the jury that if a poker player can go through a long losing streak, they are also capable of going on lengthy winning streaks.

The reason for this defense is to show the jury that Postle wasn’t cheating and that he was simply on a heater. It may seem hard to believe but that isn’t the point. The purpose of the argument is to put doubt in the jury’s mind so they’ll decline the lawsuit.

VerStandig and his team of accomplished lawyers, which includes talented poker pro Kelly Minkin, will have a difficult team proving Postle cheated without generating some hard evidence. At this point, most of the evidence centers around Postle’s overall results and questionable plays that paid off, and those are circumstantial.

Is There Any Hard Evidence Against Postle?

In civil court, it takes far less to prove the defendant responsible than in criminal court. But VerStandig and his team still might need some hard evidence to win the case and force Postle to pay back his alleged victims.

Despite it being clear to most poker pros that Postle cheated, it’s not going to be easy to prove in a court of law, at least not based on the evidence that has been presented at this point.

VerStandig might need to prove his was using physical devices to see his opponent’s hole cards during “Stones Live” streams. If he’s unable to do that, winning the case against Postle won’t be easy, but it also won’t be impossible.

If VerStandig can’t locate proof of physical evidence, it doesn’t necessarily mean he won’t be able to show hard evidence to the jury. It’s possible that one of Postle’s accomplices, if there are any, could fess up to the crime. But that could be a stretch expecting someone else to come forward.

He claims his winnings have been exaggerated by the “Stones Live” crew in order to make him seem almost like a poker god. But the streams are all available on YouTube in full and viewers can see that he was consistently winning big ever since July 2018.

Postle also denies always making correct decisions on the river. He claims that there are plenty of videos that will show him being wrong when making a river decision. However, in the countless hours of play that Ingram shared on his YouTube channel, there are no such examples. Every move he made was the correct play based on what hand he held and his opponent’s cards.

The odds aren’t great that he wasn’t able to see his opponent’s cards during streams the past year. Still, it could be difficult for VerStandig to prove in civil court. But the poker community sure hopes the jury will be convinced that Mike Postle was cheating.