As another week comes to its end, everybody is impatient to see two games that will face each other in the next slot war. This time, both games are coming from Pragmatic Play, so prepare yourself for Pirate Golden Age VS The Book of Tut Respin!

Will the ruthless buccaneers defeat the relentless John Hunter or he has picked up a few tricks on his quests? Find out in the new episode of slot wars!

Pirates are looking for lost treasures on a 5×3 grid with 10 paylines, digging around the max winning potential of 3,000x the stake. It is a highly volatile adventure, rated 5 out of 5 by the provider.

On the other hand, the expedition that takes protagonist John Hunter back to Egypt and a 5×3 grid with 20 paylines is equally volatile but comes with significantly higher winning power. Its potential goes up to 4,000x the bet, making The Book of Tut Respin the winner of this round.

When it comes to the RTP, both slots are dancing around 96.50 percent. With a 0.01% difference, it’s safe to say that the theoretical return to the player percentage is the same in both games.

As an upgrade of the Book of Tut slot, the sequel comes with extra spice in the form of the Respins feature. It activates randomly in the base game, picking one pay symbol to be the Mystery symbol for the current spin.

In the case there are three Mystery symbols on separate reels, they expand and lock on position while the other reels respin again. To make things better, expanded Mystery symbols pay all lines and don’t have to be adjacent.

Another special symbol is a book that has a role of both Wild and a Scatter. When there are 3,4 or 5 books in view, the bonus round with 10 free spins is triggered, but you can also enter the feature via the Buy Bonus option for 100x the bet.

Before the feature starts, the player gets to pick one symbol to be the Mystery card for all free spins. Here these symbols act in the same way as in the base game – expanding to fill the reel, and triggering Respins until no new Mystery symbol hits or the reels are filled with them. 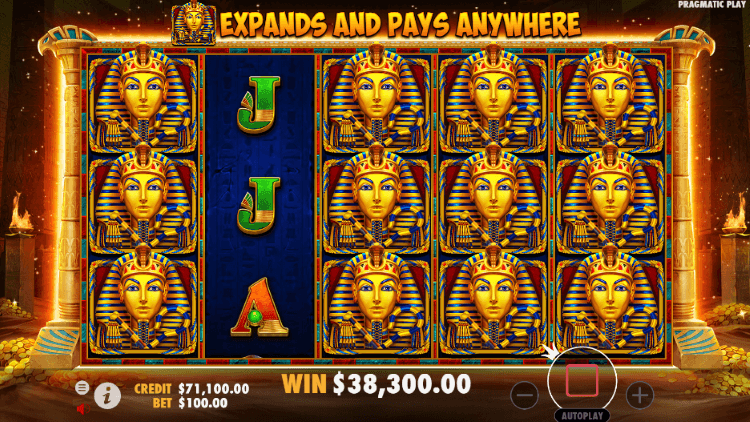 Pirate Golden Age slots also feature Mystery symbols, but only in the bonus round. In the base game, there aren’t any modifiers to be triggered, so all action lies in the free spins, triggered when 3 or more bonus symbols appear in view.

Players don’t get to choose a Mystery symbol as it is predetermined as the image of a golden coin with a festooned skull. Whenever these symbols land during free spins, they all transform into Wilds or into the same type of pay symbols.

All mystery symbols are collected by a meter and added back to the screen in random positions at the end of each free spin. If there is more than one Mystery symbol at the same position, a win multiplier increases and applies to all winning lines that pass through it. 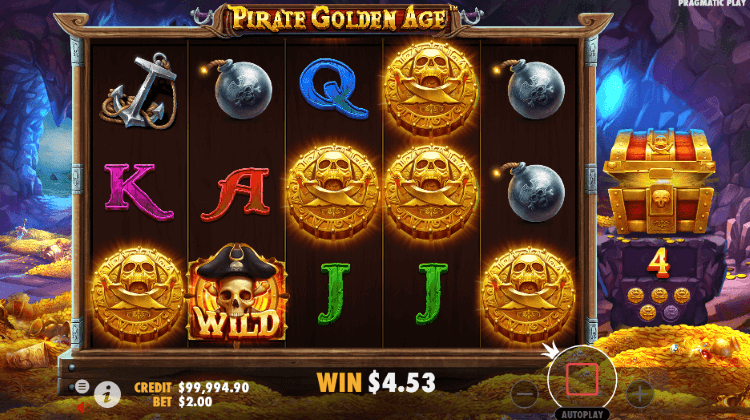 Although both slots have strong bonus features that overlap in Mystery symbols, this round goes to The Book Of Tut Respins. Simply, the Mystery symbols in this release have more power as they expand and stay locked in positions.

This slot also has a random Respin round that triggers quite often in the base game. Plus, there is an always welcomed option to purchase a bonus round at any time that the rival game doesn’t provide.

The Book Of Tut Respin has won the first two rounds, but when it comes to theme and visuals, the Pirate Golden Age is a much more attractive game. Still, both titles have a recognizable Pragmatic high standard when it comes to graphics and animation.

As an upgrade of the original, the new adventure of John Hunter has kept the symbol design which is seen too many times before in numerous Egypt-themed slots. While the visuals are a bit more polished and slicker than in the original, they still don’t provide enough to make this game pop up from the crowd.

On the other hand, while the pirate theme is also quite common, the provider’s approach in the Pirate of Golden Age slot makes it stand out from similar titles. The gorgeous beach in the background is breathtaking, while the design of symbols and soundtrack follows the theme completely.

And The Winner Is… 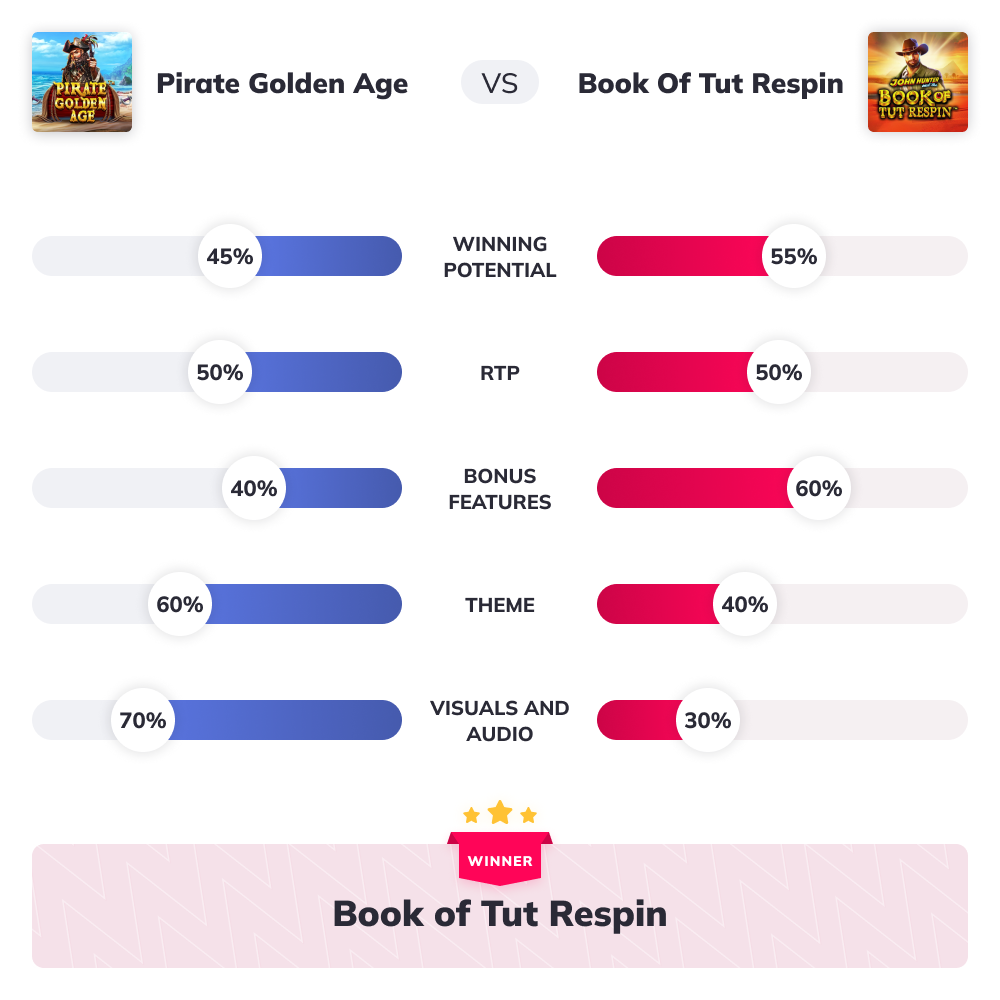 Despite being visually more appealing, Pirate Golden Age has lost this battle. Not because it isn’t a great game that all players should try out, but simply because The Book Of Tut Respin has a higher winning potential and more bonus features. Both of these games are a worthy addition to Pragmatic Play’s portfolio of premium slots, so don’t hesitate to check them out.