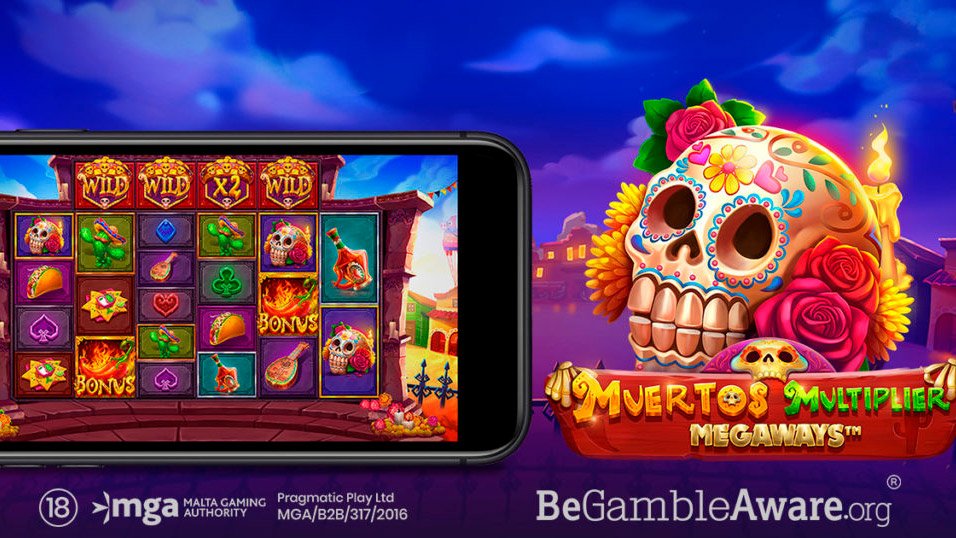 The six-reel Megaways release features symbols depicting tacos, cactuses, and skulls that must form matching combinations in order to win, triggering a tumble feature of new symbols. These are joined by a wild multiplier, which can substitute all symbols except the bonus, making it easier to create wins.

Three bonus symbols in combination trigger a Free Spins bonus round, with players being able to gamble the number of spins won prior to entering. Each tumble triggered increases the overall game’s multiplier by 1x, and each wild landed multiplies the current in-game multiplier, allowing it to increase rapidly. The wild multipliers are key to awarding the incredible max win of 10,000x.

Spooky season is upon us and so is our latest slot, Muertos Multiplier Megaways™ 💀🌵

Muertos Multiplier Megaways follows in the footsteps of recent titles such as Aztec Blaze, Book of Golden Sands, and Striking Hot 5 which reside amongst a collection of over 250 titles in Pragmatic Play’s games portfolio.

Irina Cornides, Chief Operating Officer at Pragmatic Play, said: “Dia de Muertos is a globally recognized festival which has been delightfully expressed in our latest Megaways addition. We are delighted with how the final product has taken shape, providing dazzling animations and exciting mechanics to deliver a fantastic playing experience.”

The game follows the launch this week of the “immersive and gameshow-style” release PowerUp Roulette, the latest addition to the provider’s live casino portfolio. PowerUP Roulette is “a highly anticipated take on traditional roulette,” according to the company. Broadcasted from the provider’s studio, the game features a base play that offers up to five PowerUP bonus rounds providing additional chances to win.