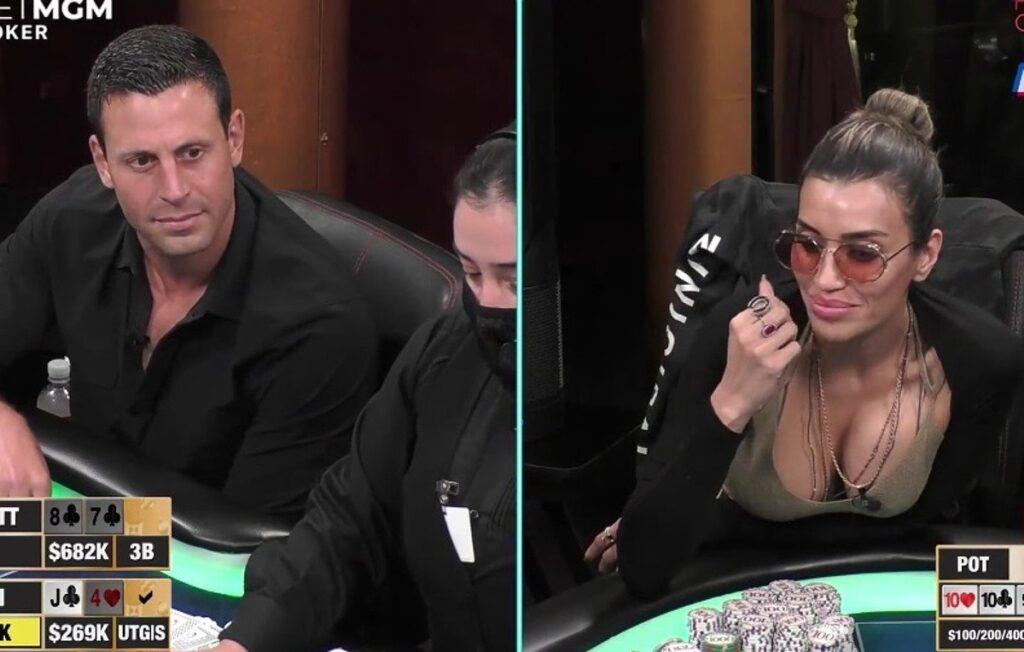 Robbi Jade Lew – the woman accused in the cheating scandal still rocking the world of poker – was robbed of $15K in chips following the game in which she was accused of cheating. And she doesn’t seem to care.

A statement released by the Hustler Casino Live (HCL) Twitter account implicated a member of its production company. According to its statement, Bryan Sagbigsal was fired after admitting to the theft of three $5K chips from Lew’s stack after the livestreamed Sept. 29 tournament. However, in her second gesture of bizarre generosity in this case, Lew refused to press charges with the Gardena Police Department, which declined to pursue a criminal case without a victim.

In a statement to Pokernews.com, Lew explained: “Upon learning that the employee was relatively young, with minimal funds, and no history of prior offenses, I came to the conclusion that pressing charges was unnecessary to damage a young man’s life that would already be negatively impacted by the news of his wrongdoing and termination of his employment.”

However, Pokernews.com also reported that Sagbigsal, 24, “was involved in a robbery and a prison escape in 2017, along with a battery charge from 2018, and was incarcerated at the California Department of Corrections in Sacramento.”

How Much Weirder Can This Get?

The findings add a layer of weird to a saga that was already plenty there. During that Sept. 29 game, Lew, a newbie to games with these stakes, made one of the wildest bets ever made on the poker felt. Her completely illogical call to Adelstein’s semi-bluff all-in grew the pot to $269K and caused one of the commentators to wonder whether the card graphics had misread her hand.

Lew had essentially nothing – no draw and only a hope of a pair on the river. According to a calculation by DraftKings, she had approximately 150 ways to lose her hand but only six ways to win.

Yet win she did.

When Adelstein accused Lew of cheating – and this is the part that poker fans have a hard time processing – she gave her winnings from the controversial hand ($135K) back to Adelstein. This  cast a pall of suspicion around her.  Eric Persson, a player in the tournament, told the others at the table: “She never should have given the money back.”

Later, on Twitter, Lew claimed she gave the chips back because Adelstein cornered and threatened her in a dark hallway off camera.

Adelstein took to Twitter claiming he’d been “clearly cheated,” speculating that Lew may have had a card reader or been wearing a device used to signal her. He provided no evidence.

In a statement, HCL said it was “hiring a law firm to conduct a comprehensive investigation, which will include staff and player interviews, a review of relevant records, and possibly the use of polygraph testing.” Until that investigation is complete, neither Adelstein nor Lew will be allowed to appear on HCL.