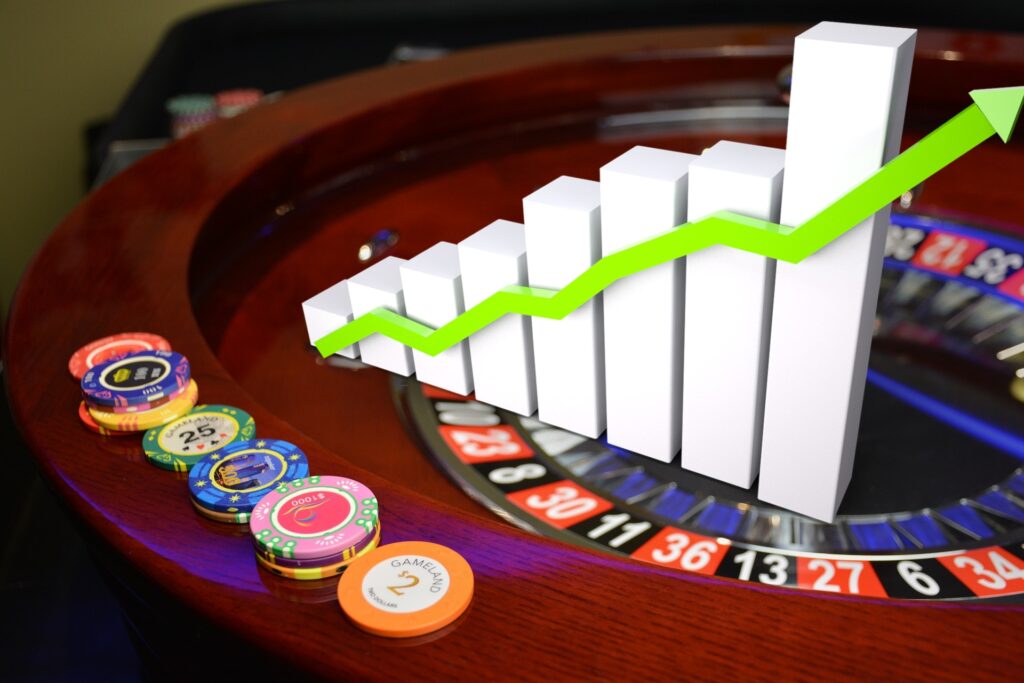 Numbers don’t lie. August data indicates New Jersey’s online gambling market is not only thriving but continues to rise. And it appears there’s no stopping the industry from success in sight.

The month of August was a rousing success for the Garden State from an internet gambling operator’s perspective – and for the politicians who supported legislation in 2013.

The record-setting month is further proof that online gambling is not only thriving in the Garden State. It’s also helping to fuel the land-based casinos that operate the internet casinos in the state.

Revenue was up $7.08 million last month compared to the same month in 2018. That’s a year-over-year increase of nearly 9 percent.

Where the Money Came From

Of the $60.3 million in August revenue, 65 percent came from online casino games such as blackjack and slot machines. The virtual casinos raked in $39.39 million in revenue last month.

Sports betting, now in its first full year in New Jersey, had a banner month as well, taking in $19.2 million in gross revenue in August.

Poker, on the other hand, didn’t fare so well yet again. August was another disappointing month for the online poker sites as they generated just $1.71 million in revenue, representing just 2.8 percent of the entire pot.

Online poker continues to struggle monthly in New Jersey. And it’s a bit surprising to many who felt that when PokerStars, the world’s largest online poker site, entered the market in 2016, the state’s internet poker industry would thrive. But that hasn’t been the case despite poker being a popular game in the state. It appears most poker players in New Jersey are more interested in playing at brick-and-mortar casinos instead of online.

But it’s also clear that gamblers as a whole certainly love getting action online. It just so happens that poker isn’t their mobile game of choice. Slots and sports betting, however, are most certainly popular at the internet casinos.

There are seven online casinos in New Jersey, excluding the sportsbooks. They accounted for $41,101,587 in gross revenue last month. That includes poker, table games, and slot machines.

Caesars Entertainment, the owner of the World Series of Poker and WSOP.com, had the most success from its poker site in August with $704,294 in revenue. WSOP.com New Jersey merged with Nevada to share player pools in 2018 and is the only poker site in the state to do so as Nevada only has one legal poker site.

Even Better Days Ahead?

August was certainly a banner month from the state as it set records. But New Jersey’s online gambling market could very well set even higher records in September and the coming months.

With football season recently underway, the online sportsbooks should rake in some serious dough this fall. Sports betting’s off-season is during the summer months when Major League Baseball is the only major sport in action.