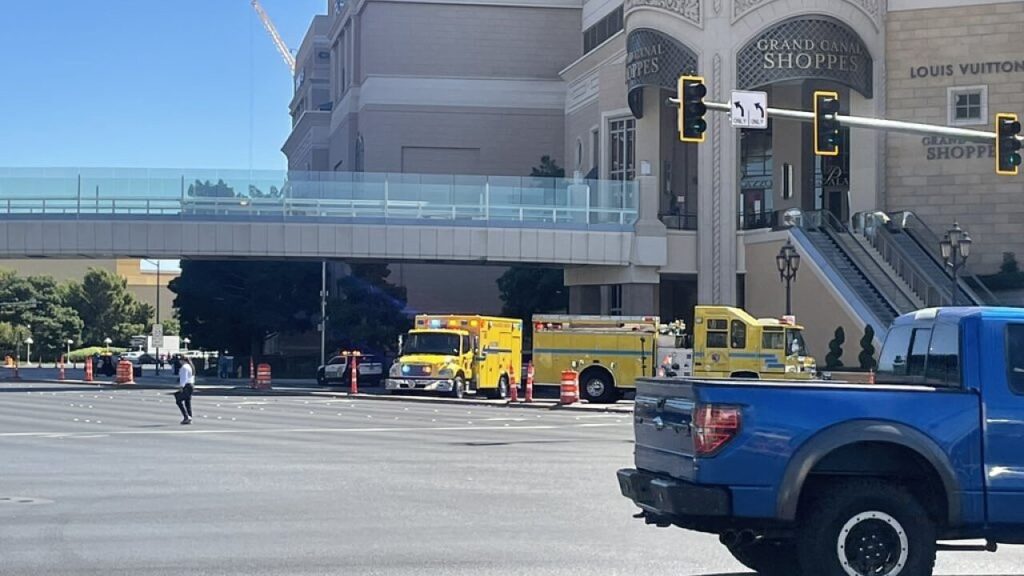 Two people were killed and at least six more were injured after a stabbing attack on the Las Vegas Strip Thursday morning. Las Vegas police are investigating the incident, which was reported around 11:42 a.m. in the 3100 block of S. Las Vegas Blvd., which is near Wynn Las Vegas.

A male suspect was apprehended in front of the Venetian, south of that location. His sleeves were reportedly bloodied.

One patient is in critical condition, two are in serious condition, and one is in fair condition, a spokesperson for University Medical Center hospital told KLAS-TV.

Witnesses at the scene told a reporter from KTNV-TV that the stabbings occurred in multiple locations, and that some of the victims may have been street performers who take photos with tourists while dressed as showgirls.

One witness told KTNV’s reporter that he “thought he heard three or four showgirls laughing, though it turned out to be screaming.” The witness said he saw “a lot of blood,” as one of the apparent victims ran across a pedestrian bridge.

“Our hearts are with all those affected by this tragedy,” Gov. Steve Sisolak posted on Twitter this afternoon. “At the state level, we will continue to work with partners in law enforcement to make resources available on the ground and ensure the Las Vegas Strip remains a safe and welcoming place for all to visit.”

The Twitter account for Clark County, Nev. added: “Our thoughts are with the victims of this senseless attack on the Strip today. We are grateful for the quick response from our @ClarkCountyFD, @LVMPD and other first responders.”

The northbound and southbound ramps to eastbound Spring Mountain Road are closed, along with Las Vegas Boulevard, as police investigate. Neighboring streets are also impacted.

This is a developing story and will be updated.