Lakers News: Should We Bet On LA To Keep Winning Streak Alive In Sacramento? – All Lakers 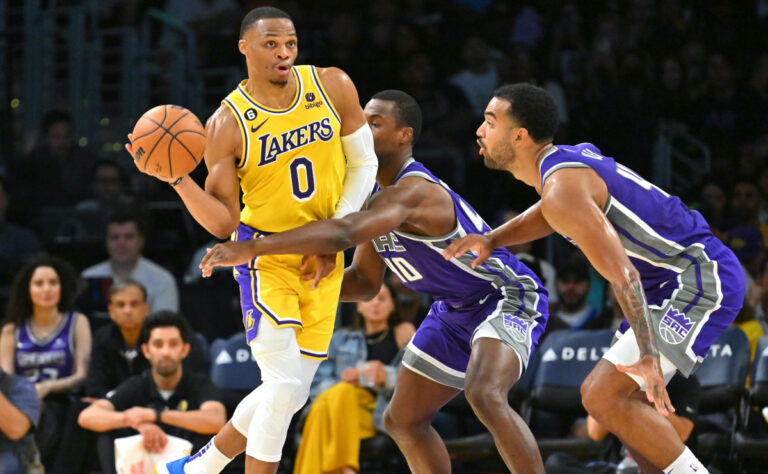 Tonight, your Los Angeles Lakers are looking to buck the odds once again and extend their season-long win streak to five straight, as they take on Domantas Sabonis, De’Aaron Fox, and the rest of the Sacramento Kings at Golden 1 Center up north.

Here are some funs odds and lines courtesy of The Action Network.

As usual, your Lakers are not expected to win tonight in most sports books. The Kings, playing at home, are 8.5 point betting favorites. LA could be without its best healthy-ish player, 38-year-old immortal LeBron James, who has sat out in a game for two of the Lakers’ three previous back-to-back contests thus far this season. Having played exceptionally well yesterday in a victory over the Atlanta Hawks, James is currently questionable for tonight. I think if James does play, the Lakers may be able to pull this off. But I’d stay away until the final injury report drops (should be right around game time, check back to our site for details).

The emergence of Bryant as a formidable scoring force since Davis went down has been one of my favorite subplots of this surprisingly successful stretch of AD-free Lakers basketball. The listed total for the combined points and rebounds for the 6’10” big man out of Indiana is projected at 26.5. During the Lakers’ ongoing four-game win streak, he is averaging 19.3 points and 13.5 rebounds, which when combined would handily surpass the estimated sum. Take the over and ride the hot hand.

Brodie’s projected over/under is listed at 7.5 dimes. Surprisingly durable still even at age 34, Westbrook has proved to be a stabilizing force amid a swath of Lakers injuries this season. During the win streak, Brodie is averaging 7.8 dimes a night, more or less in line with his season average of 7.7. Given that he may be counted on to shoulder even more playmaking duties should James sit, it’s worth gambling on the over… once the LeBron James injury news is announced.

The action tips off at 7 p.m. PT on Spectrum SportsNet locally.