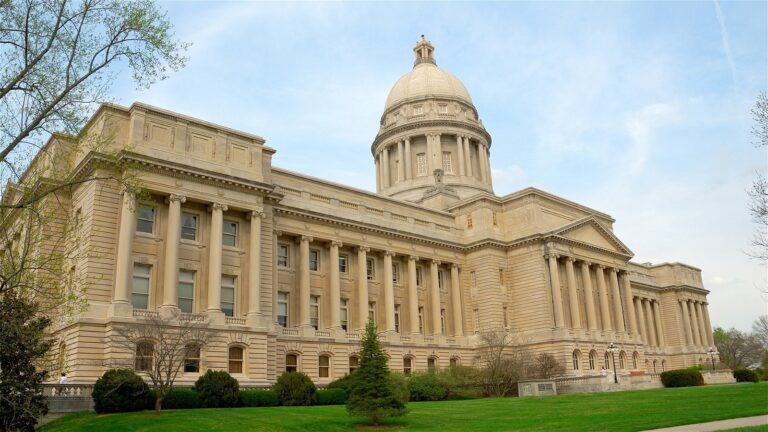 Sports betting is yet again on the table in Kentucky this new year. A bill introduced Thursday in Frankfort would legalize betting on sporting events. Should it pass, people in the state could bet on the NFL, NBA, MLB, PGA Tour, NASCAR, MLS, college sports, the Olympics and more options, as well as gamble on fantasy sports and poker.

House Bill 106 was introduced on January 5, and is sponsored by representatives Derrick Graham, Cherlynn Stevenson and Rachel Roberts. If passed, the bill would add 26 amendments to the current law and enact 13 new sections related to online sports, poker and fantasy sports.

Sports wagering would only be allowed through a racing track or online through an app. Tracks could also offer wagering at two separate facilities that are within 60 miles of their facility. A sports wagering license would cost $500,000 and would also come with a renewal fee of $50,000. A tax on revenue of 9.75% would be levied monthly for race tracks and 14.25% on bets placed online.

Online poker would also be legalized in the bill. To get a license, operators would be asked to prove an effective use of geotracking software to ensure the practice is confined to the state of Kentucky. A license fee of $250,000 and an annual renewal fee of $10,000 would be paid. A tax of 6.75% is due monthly on all fees charged to players play, including the rake.

As for sports fantasy competitions, the law establishes a licensing process for operators with more than a hundred participants. Those under this limit do not need to obtain a license. The application fee is $5,000. There are set to be no restrictions on the digital platforms used by operators to host fantasy competitions.

This bill is only in committee right now in the House, and it is too soon to tell what will happen. But it should be noted this is not the first time that a bill has been introduced to the state house in Kentucky for sports gambling.

In March 2022, Kentucky House Bill 606 was passed in the house, but failed to get beyond a Senate Committee. It was dropped before it was even voted on in the Senate due to a lack of confidence in the votes needed to pass the bill.

Last year, Governor Andy Beshear gave his support to sports betting legalization at the reopening ceremony of Turfway Park. “Pushed it every year I’ve been governor and I was attorney general,” he said at the time. “Need a few people in the general assembly to come around.”

How To Spot Fake Reviews And Phony Products