Immersion, VR and The Future Of Online Gaming 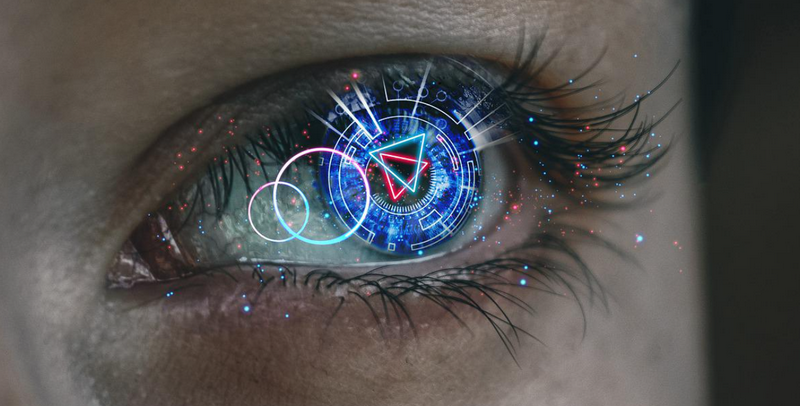 The past 30 or so years has seen an explosion of digital innovation. But where’s it all heading, especially when it comes to online gaming and entertainment?

The Evolution of Immersion

First and foremost, online gaming is supposed to be entertainment. An “immersive” experience is one that grips us and keeps us thoroughly involved in an experience.

While gambling itself is a form of entertainment, casino game designers always aim to make games more interesting for casino players. While a professional player will typically stick to the games they know best, an avid gambler seeks the thrill of winning on a new games. New games don’t necessarily give players a better chance of winning. Rather it’s more about entertainment value.

So immersion is a level of interest to keep players returning. And it doesn’t get more immersive than actually being in a physical casino. However, many players don’t find visiting physical casinos practical. Often there’s an hour or so of transit before you get to the casino. So “convenience” is why many players prefer online casinos.

But arguably no matter what the game, a screen on your PC is bound to get boring. So I’m betting VR (virtual reality) is the next big thing in online gaming. This applies not just to non-gambling games like role-playing-games. It applies to most forms of online entertainment, including gambling.

We already saw the trend a while back. Initially, online gambling was only RNG games. These are “software” games like slow machines, but they can have any animations. For example, animations of roulette wheels. But these games naturally progressed to live casino games, with real dealers and croupiers you see via webcam. This brought a whole new level of immersion for players. You can see such casinos at this live casino online canada website.

If VR is the next step for immersive gameplay, what’s after that? Well first consider what’s wrong with current VR:

Consider the last point. Using VR is not as simple as putting a headset on, and away you go. Playstation have somewhat achieved this level of simplicity. But leading VR headsets like Facebook’s Oculus, and Microsoft’s Vive are not so simple. Because first you need to boot up your PC, load the program you need, adjust sensors, then contend with the various bugs. Probably the most annoying part is the software surrounding VR is still quite buggy. It could be something simple like sound not working right. But if you’ve ever dealt with VR personally, you’d know quite often you must tinker with settings to fix annoying issues.

So although VR is already available, it’s not quote ready for mass-adoption.

What VR Needs To Be Mass Adopted

Unless it’s simple, it’s too much of an effort to “plug into” the metaverse.

It costs at least $500 to realistically get started in VR. But it depends on what you’re doing with the headset. Because some apps will only run on powerful and expensive PCs, while others are stand-alone headsets that don’t need a PC.

The bugs are still not fully resolved. One leap forwards was the Oculus Quest 2 not needing static IR sensors to track your movements.

Wearing a VR headset still feels like you’re looking down a narrow tube. This massively reduces immersion, so it doesn’t feel convincing enough. Although when you wear a headset for the first time, it’s still pretty damn impressive. The problem with a wider view is more computing power is needed. But with the rate at which technology is improving, it wont be much longer until sufficiently small and more powerful technology is affordable for consumers.

What Comes After VR?

I expect the ultimate immersion will be a form of VR that’s indistinguishable from reality. I’m betting it will involve something like an implantable microchip. While that sounds a little far-fetched, keep in mind it’s already being developed. Even Elon Musk is a proponent of brain-implantable microchips.

Considering who’s developing the technology, and its potential uses, I have no doubt it will eventually become reality. Among its uses will be for immersive gaming, including online gambling. I expect that one day, you’ll be able to use such technology as simple as pressing a button.

However, the problem is how may the technology be used against you? For one thing, consider how the Internet revolutionized our lives. It made finding information quick and easy. But quickly it became a commercial tool, full of popup ads. I’m not against advertising at all. But there should be ethics about it. It’s not as if you can force people to not use popups on their websites. Simply if a website is loaded with popups, it will naturally become less popular. In this sense, ethics in advertising is self-regulating.

History has always shown us technology can either enhance our lives, or degrade them. And with big industry pushing more immersive entertainment, the technology becomes more intrusive. Ultimately a more immersive VR can be a fantastic tool for entertainment in countless industries. But ultimately the limits will depend on each individual’s choice.

I for one find VR fun and fascinating. But I’ll certainly never put anything beneath my skin or in my brain. To me it’s like having a mobile phone – it’s with me almost always inside the house. But if I’m outside somewhere, the phone stays inside the house. Why? Because I don’t want to live with too much reliance on digital technology. It’s great for entertainment and convenience, but to me that’s all it should be.