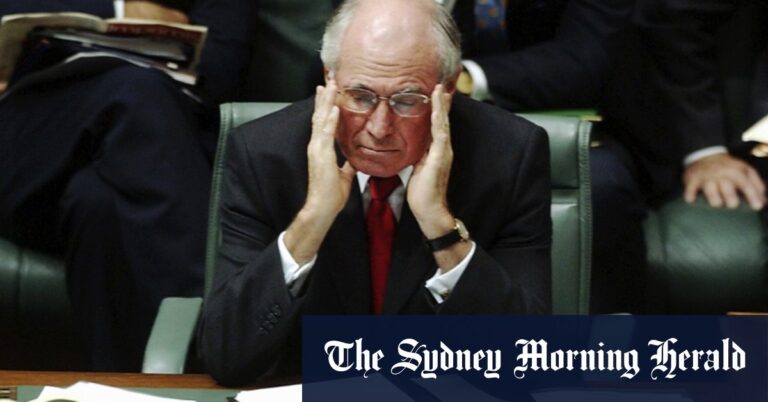 I have worked for over 40 years as a GP and I can assure you income was never linked to leisure requirements. However, it did provide money to cover practice costs and an appropriate lifestyle for my family and me. It enabled me to employ practice staff and pay for home help and childcare so I had the necessary hours available to service my patients’ needs. As rebates dwindled, I was forced to look for a corporate to take over my practice, with the associated difference in personal practice styles. I could no longer afford to provide the type of family-focused personal care I’d previously offered. No GP could afford to employ the home and childcare requirements for the expected full-time GP hours, exceeding 40 hours per week, with no paid holidays or other normal worker’s entitlements. Katriona Herborn, Blackheath

As a GP for more than 30 years, I can say that GP funding has never been a priority since Medicare’s inception. If it were, the current Medicare rebate for a level B consultation would be more than double its current value. I would be fascinated to see Stephen Duckett’s academic evidence that when you “increase doctors’ fees … often … they reduce their hours”. It must indeed be academic evidence, as the concept of increased rebates is a hypothetical construct. Medicare rebates have never consistently kept pace with the CPI and thus there is no real-world data in to base Duckett’s contention on. GPs work hard for their money and it gets harder every year. We are tired of the disrespectful narrative of the greedy doctor. Peter Brennan, Mona Vale

Metro allows no room for growth

There is no doubt the Metro will make a significant contribution to Sydney’s transport network (“Metro on a massive scale will serve and surprise Sydney”, January 9) but, in some ways, it is a disappointment. In the 1960s, Australian innovation gave Sydney the world’s first fully double-decker electric trains. Unfortunately for the Metro, the Coalition government has settled for the standard off-the-shelf single-decker design, choosing to build new tunnels that are slightly too small to allow future generations to benefit from double-decker metro trains as Sydney’s population expands. The design concept of four standing passengers per square metre now seems a little at odds with public health expectations. Doug Walker, Baulkham Hills

The northern beaches remains the only area of Sydney ignored for fast rail, road and bus links, and it seems residents will have to contend with the Spit and Roseville bridges to get in and out of the area for the foreseeable future. Another cynical political decision plain for us all to see. Judy Hungerford, North Curl Curl

And while Sydney’s Metro reveals a light at the end of the tunnel, the Spit remains a bridge too far. Allan Gibson, Cherrybrook

Just like Dominic Perrottet’s shared equity scheme, Chris Minns’ solution (“Labor to axe stamp duty on first homes”, January 9) to the housing affordability problem, namely to remove stamp duty for first home buyers, does nothing to fix the main issue, which is that houses have become too expensive for the average purchaser. While housing remains attractive to investors, owner-occupiers will have to continue competing with them and prices will continue to increase. Until the federal government bites the bullet and reforms capital gains and negative gearing, our state government can provide only ineffective remedies. Peter Nash, Fairlight

Announcing plans to reduce stamp duty boosts political capital ahead of an election. But it is possible, given buyers’ increased purchasing power, property prices will simply increase. With government revenue reduced but improved prices for vendors, is this robbing Peter to pay Paul? John Kempler, Rose Bay

Minns may have finally come up with a vote-winner. Axing stamp duty will cost no more than Perrottet’s life-long land tax scheme and is less likely to affect house prices. The premier’s scheme is messy, confusing and the long-term financial outcomes for participants are uncertain. Axing stamp duty has immediate benefits and no hidden agenda. Minns now needs to get on board with the cashless gaming card, and soon. Graham Lum, North Rocks

With an ageing population, migration will continue to have an impact on how we progress economically (“Migrants such as my grandparents key to Australia’s future”, January 9).
New migrants bring skills (and taxpayer revenue) but also, importantly, they bring the social diversity and vibrancy that make multicultural Australia work. It was the author James Baldwin who said diversity enables us to exploit the best of all of our differences for the benefit of as many of us as possible. Steve Ngeow, Chatswood

The article on superannuation (“Where does your super go when you die? It’s not straightforward”, January 9) shows that the area is indeed complex and, at times, a minefield. I have taught estate planning for many years and can attest to the confusion. But some funds will allow for a non-lapsing death benefit nomination and this overcomes the need for an updated nomination every three years. This can provide peace of mind, but it also means if circumstances change the nomination remains until revoked and beneficiaries receive super including in-built life insurance benefits that may not have been intended. The bottom line is, get professional help before it is too late. Michael Blissenden, University of New England, Parramatta campus

There are people (including Peter Dutton, who did not attend the apology to the Aboriginal people by Kevin Rudd) (Letters, January 9) twisting the question “Should we give the Aboriginal people a Voice to parliament?” , using John Howard’s trick in the 1999 referendum, when the question “Do you want Australia to become a republic?” was changed by adding: “Who would then become the president?” We just want to give the Aboriginal people a chance to advise the government when making laws for them, not give them a seat or become part of government. Don’t be taken in by these right-wing thinkers.Selwyn Suchet, St Ives Chase

The Voice I want the Australian parliament to hear is the one telling it how best to care for the land we’re all living on, the air we all breathe, and the water we all need. Our Indigenous fellows are surely the experts in these matters. Penelope Layton-Caisley, Marrickville

Far from being invisible or angry (“Beware invisible Angry Older Women: you won’t see us coming”, January 9), since turning 50 I have never felt more “seen”. My relationships are defined by who I am, not how I look. My achievements are born of merit, based on capability, not cuteness. And rather than being angry, I’m pretty happy with the way things are shaping up for my second half-century. Janet Argall, Dulwich Hill

The emperor’s spare (Letters, January 9) has no clothes. Who is going to tell him? Not Meghan. And certainly not the employed sycophants prancing around him. Alicia Dawson, Balmain

Yes, Harry has endured trauma, but remember the reason he has aired his pain so publicly, again and again, in greater and greater detail, is to make money to support his lifestyle. As interest wanes, he’ll need to look further for platforms to vent his spleen. Pam Timms, Suffolk Park

The Sussexes should be renamed the “Suffixes” because that’s what you add to the end of words to form derivatives. George Zivkovic, Northmead

Professor Patrick McGorry (“Mental health needs lost in sideshow”, January 9) explains the mental health crisis as it is. When will we realise economic inequality has its costs? Greg Baker, Fitzroy Falls

According to your correspondent (Letters, January 9), money does not make one happy. But poverty brings a wealth of social ills. A wise man once said, he had tried both being poor and wealthy – and he knew which one he preferred. John Christie, Oatley

The digital view
Online comment from one of the stories that attracted the most reader feedback yesterday on smh.com.au
NSW Labor to abolish stamp duty for first home buyers
From Centrist: ″⁣This is a lazy policy designed to try and win over younger voters while preserving the high property values of existing owners. This policy does nothing to address housing affordability, as it is inflationary. Housing will only become more affordable when it becomes a lower multiple of average wages.″⁣