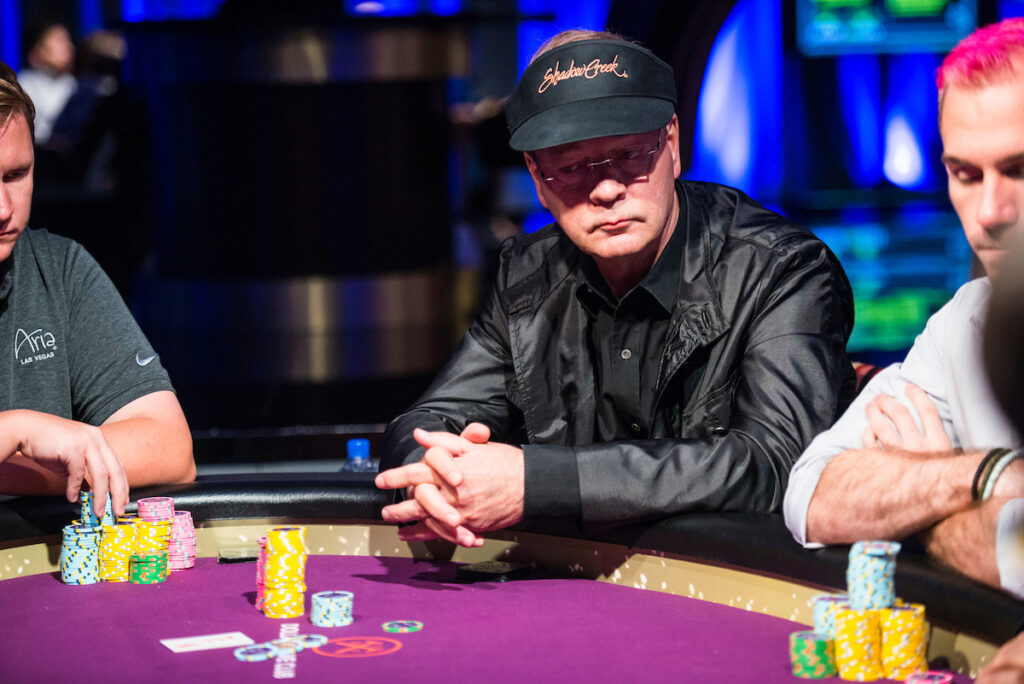 Bobby Baldwin, a former CEO of MGM Resorts, has been hired by the Witkoff Group to serve in a similar role for the upcoming Drew Las Vegas, a lavish hotel and casino that will, if things go as planned, open in 2022.

The Drew, as it is affectionately known, is the new name of the property once named the Fontainbleau. However, the Fontainbleau, which was partially built over a decade ago, was never completed. The company that originally constructed the building filed for bankruptcy in 2009. Due to a lack of proper financial planning, the construction stopped that same year.

Fontainbleau has since stood empty, approximately 70 percent complete, on the north side of the Las Vegas Strip. It’s a beautiful, luxury building but not one single customer has stepped foot in the doors in its 12 years of existence.

Calling on a Poker Champion

Bobby Baldwin was the 1978 World Series of Poker Main Event champion. He’s one of the most legendary poker players of all-time and, as such, is a member of the prestigious Poker Hall of Fame.

But he’s been equally successful outside of the poker world. As a corporate executive, he’s assisted in the growth of many Las Vegas casinos and properties, such as the Mirage and Aria Resort and Casino.

Most recently, he served as a CEO for CityCenter, a hotel and casino center along the Las Vegas Strip. He’s also the namesake for one of poker’s most iconic card rooms – Bobby’s Room – inside the fabulous Bellagio, an MGM property on the Strip.

Baldwin, 70, reportedly had a falling out with MGM in 2018. He mysteriously resigned from his executive position somewhat out of nowhere. Few anticipated the departure and it was clear there was some animosity between the former poker world champion and the major casino brand.

After a year since his MGM Resorts departure, Baldwin is back in business. The high-stakes poker great takes over as CEO and vice chairman of The Drew, which plans to open its doors in 2022. That is, of course, assuming the construction and funding goes as planned this time around.

History of The Drew Las Vegas

But just two years into construction, after the building was about 70 percent complete, the project went into bankruptcy. Since then, a high-rise hotel on the Las Vegas Strip has just sat there empty, overlooking one of the most iconic roads in America.

In August 2017, Witkoff Group, an investment firm, purchased the property for $600 million with the intention of completing the construction and eventually opening up. A concrete open date hasn’t yet been set but the builders are shooting for sometime in 2022.

The hotel name switched from Fontainbleau to The Drew Las Vegas because the new owner, Steve Witkoff, wanted to honor his deceased child. Witkoff’s son, Andrew (short for “Drew”), passed away in 2011 from an OxyContin overdose.

It is expected to cost around $1.2 billion to complete the construction of The Drew. So, when you factor in the $600 million purchase price, the new owners will eventually pay nearly $2 billion to open a facility that has sat empty for a decade.

But Witkoff doesn’t intend to lose money on this investment. He expects a rebirth of the Las Vegas Strip’s north end, an area of the Strip that has struggled in recent years as the properties in that area are becoming out-dated.

If Witkoff expects this to be a successful business venture, he’ll need a bit of luck and a talented staff. That includes Bobby Baldwin, a poker champion and an experienced corporate executive in the casino niche.