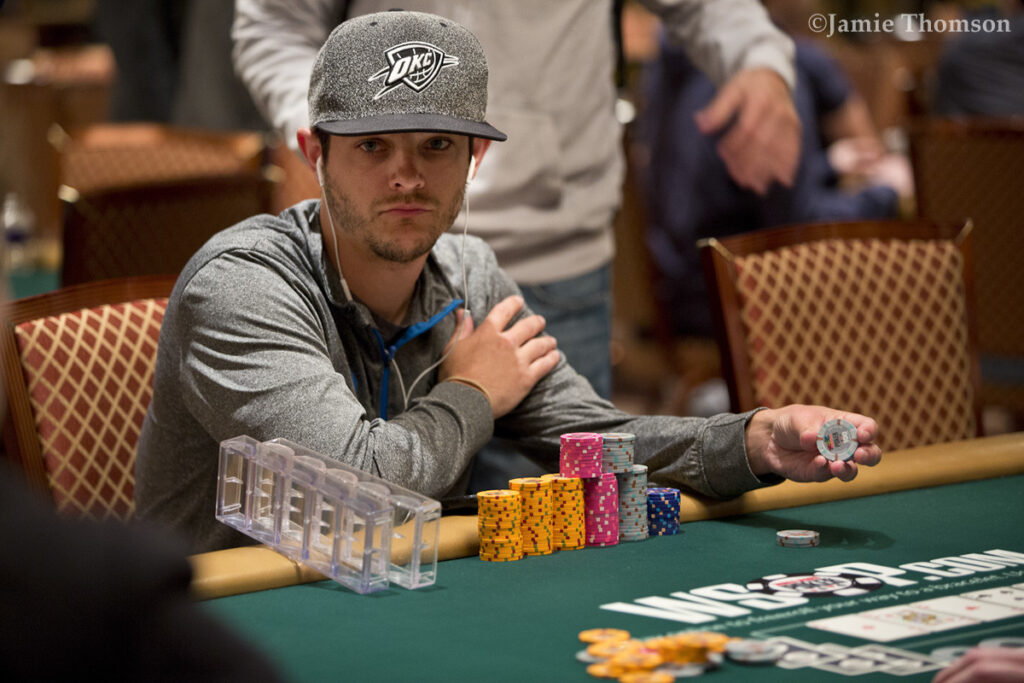 According to The Hendon Mob, Staats is a Oklahoma native with close to $1.3 Million in live tournament earnings, which includes a career-best score in the 2018 $1,000 No Limit Hold’em Little One for One Drop after finishing third for $254,580. Staats has been recording cashes since 2009 and can now finally add a WSOP bracelet to his trophy case.

After the official six-handed final table was set it didn’t take long for an all in to happen. David “Bewater” Goodman moved in with pocket fives and was called by Smith with ace-king. It was a flip situation but when the board ran out with an ace, Goodman was eliminated in sixth place.

A little while later Pete “PeteChen” Chen was all in with ace-seven against the ten-five for John “Relevancy” Ripnick with the bigger stack. The board looked clean for Chen until the river fell a five and Chen was eliminated in fifth place.

Four-handed play went on for some time until Ripnick moved all in with nine-ten and was called by Brett “Metanemesis” Apter with king-queen. The board ran out with two queens and Ripnick was sent to the rail in fourth place.

After over an hour of three-handed battle, Apter was all in with less than two big blinds with ace-deuce against the queen-three for Smith. The flop fanned out a three and when the rest of the board didn’t improve Apter, he was sent out in third place.

Heads-up started with Smith having a slight lead on Staats and the action went back and forth for a while. The final hand saw Staats shove all in with the chip lead holding jack-eight and was snap-called by Smith with ace-queen. When the board ran out with a jack, Smith was sent to the rail in runner-up position and Staats scored the victory and first career bracelet.

That’s a wrap here at Event #26: $3,200 NLH High Roller 6-Max. Be sure to stick with PokerNews as we continue to bring you full coverage of this series on WSOP.com!