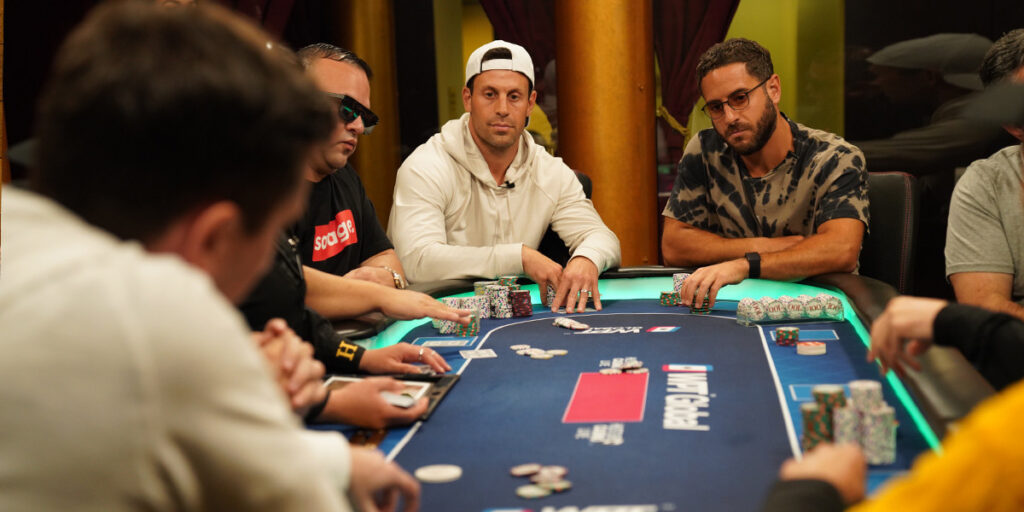 The California Bureau of Gambling Control (CBGC) has initiated contact with Hustler Casino in regard to the alleged poker cheating incident that took place Sept. 29 on Hustler Casino Live.

According to a statement released by HCL co-owners Nick Vertucci and Ryan Feldman, the CBGC has approved the show continuing to live-stream on YouTube during the investigation.

Hustler Casino Live, the most popular live-stream poker show in the world, didn’t stop the show following Garrett Adelstein’s accusation that Robbi Jade Lew cheated him out of a six-figure pot, and the stream has continued to run Monday-Friday starting at 5 p.m. PT ever since. On Wednesday night, HCL will host a $25/$50 game with David Tuchman on commentary.

Although the show has continued and its many fans are still watching, there’s been some criticism over the decision within the poker community. Most notably, Matt Berkey, who has played on HCL a few times in the past.

Berkey has been critical of Vertucci and Feldman for keeping the show on air during the investigation. Early findings have uncovered that a staffer within the production team, Bryan Sagbigsal, stole $15,000 worth of casino chips from Lew following the infamous Sept. 29 stream. He was subsequently fired, but no charges were initially filed. Lew has since changed her mind, apparently, and began the process of pressing charges earlier this week.

Due to the allegations and an employee of High Stakes Poker Productions (HSPP), the company that produces HCL, admittedly stealing money from a player on the show, Berkey has called for Hustler Casino Live to fix what he perceives to be issues within the show’s security measures and cease operations in the meantime.

I stand by the fact that @HCLPokerShow should shut down until they remedy their security failures, if for no other… https://t.co/Ssob4AbdMc

On the Nick Vertucci Show podcast released this past Sunday, Vertucci explained why the show went on following the controversial hand.

“It was because the players kept playing. Nobody knew (at the time) what was happening. No players even thought there was a problem. Matter of fact, if you watch their interviews or talk to them, I’m not saying they feel that way now, but in the heat of it, they didn’t even think anything was wrong,” Vertucci said.

“If we stop the game or we stop the stream for two or three months, yeah, there is big monetary reasons that’s not good for us. But that’s not the reason, although that would have been considered, believe me. But the reason is because we didn’t know what happened. We just have one person saying one thing and nobody else saying it at the time.”

Vertucci has since defended the show’s security measures on Twitter and disagrees with Berkey’s opinion that Hustler Casino Live should pause operations.

According to our source at Hustler Casino, the CBGC spoke with casino executives following the incident and the two parties have remained in contact ever since. The CBGC has given High Stakes Poker Productions and Hustler Casino full approval to continue streaming during the investigation.

At this point, there is no hard evidence against Lew, but there is a mountain of suspicion, mostly her calling off a six-figure bet with just jack-high and being correct. Many poker players have suspected that Sagbigsal was involved in colluding with Lew to cheat in the game. But like most of the evidence, that hasn’t been proven at this point.

The California Bureau of Gambling control regulates legal gambling activities in California to ensure that gambling is conducted honestly, competitively, and free from criminal and corruptive elements.