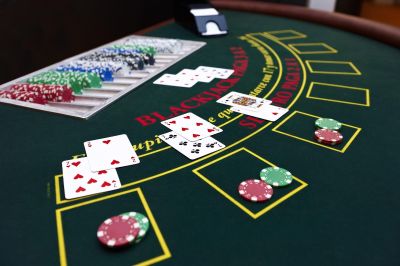 Blackjack is one of the most popular table games and a staple in Canadian casinos and worldwide. Thanks to its simple rules, it is also one of the easiest games to learn.

Whether new to the game or a long-time fan, you might want to try your luck at a blackjack tournament.

How Do Blackjack Tournaments Work?

Though all tournaments are different, there are some basic features that they all share. First, blackjack tournaments typically require a buy-in or entry fee for participation.

All tournaments also see players pitted against each other instead of the house, with one winner reigning supreme at the end.

Depending on the prize pool, players are rewarded based on what place they finish in the tournament.

Before joining a blackjack tournament, you should know a few essential things about how these tournaments usually work.

First, players can join two types of blackjack tournaments: online tournaments and in-person tournaments. There are already some great choices out there for both.

However, with the new changes to Canada’s online gambling regulations, there will likely be an influx of online blackjack tournaments in the country.

Another important distinction in blackjack tournaments is whether it’s an open or invitational event. Invitational tournaments are reserved for professional players, and an invitation to play is required. Any player brave enough to pay the entry fee is allowed to join an open event.

We’ve looked at some of the most popular blackjack casinos in Canada to put together this list of the best blackjack tournaments in Canada.

Whether you’re looking for someone online or in-person, something low-risk, or a tournament fit for a high-roller, we’ve got you covered.

Northern Lights Casino in Prince Albert, Saskatchewan, hosts a blackjack tournament every second Tuesday of the month. It is an open event with spots for up to 49 players. Registration starts at 6 pm, and play begins at 7:30 pm.

The entry fee for the tournament is only $10. That’s not too bad, considering the first-place winner walks away with a solid $500 prize. It is a relatively small tournament, which might be the perfect opportunity for beginners to get more comfortable.

After the game, you can explore the casino’s other casino game offerings, including electronic table games.

Gaming Club Casino has been a fixture on the Canadian online gambling scene since 1994. That’s how you know you can trust them to throw a good blackjack tournament.

The website’s Multiplayer Blackjack Tournaments are won by the player who wins the highest amount of tournament credits after several rounds of play. Players are eliminated in each round until one player is left—the winner with the most credits! Each tournament has a predetermined prize for the winner.

Sit n’ Go Tournaments have limited seats and last a specified amount of time. The tournament starts once the required number of players have registered. These tournaments are advertised on the Gaming Club Online Casino software and can be joined so long as spots are available.

Casino de Charlevoix’s Black Jack Classic in La Malbaie, Quebec, is not a tournament for the faint of heart. It has a hefty entrance fee of $500 but an impressive prize pool of $31,500.

The lucky first-place winner will take home $20,000, making the $500 fee look a bit more palatable. The remainder of the prize pool is split between the lower-ranking players.

The tournament starts off with four rounds of elimination accumulation. After the starting rounds, the leading 63 players kick off the actual tournament.

River Belle is another Canadian online casino that has built a solid reputation over a couple of decades. It opened in 1997 and continues to welcome players from around the world. The Multiplayer Blackjack Tournaments offered by River Belle are very similar to the ones offered by Gaming Club Casino.

River Belle users can register for any Scheduled Blackjack Tournaments that remain open. The tournament will be cancelled if a minimum threshold of participants isn’t met. There is also a maximum amount of participants allowed in these tournaments. Like the tournaments at Gaming Club Casino, these also have a set start and end time.

River Belle also offers Sit n’ Go tournaments, which follow the same formula as the tournaments at Gaming Club Casino. Players can join the tournament so long as there is still room, as these tournaments require a specific number of people.

Both types of tournaments at River Belle allow people to face off against blackjack players from across the globe—all without leaving the comfort of their homes!