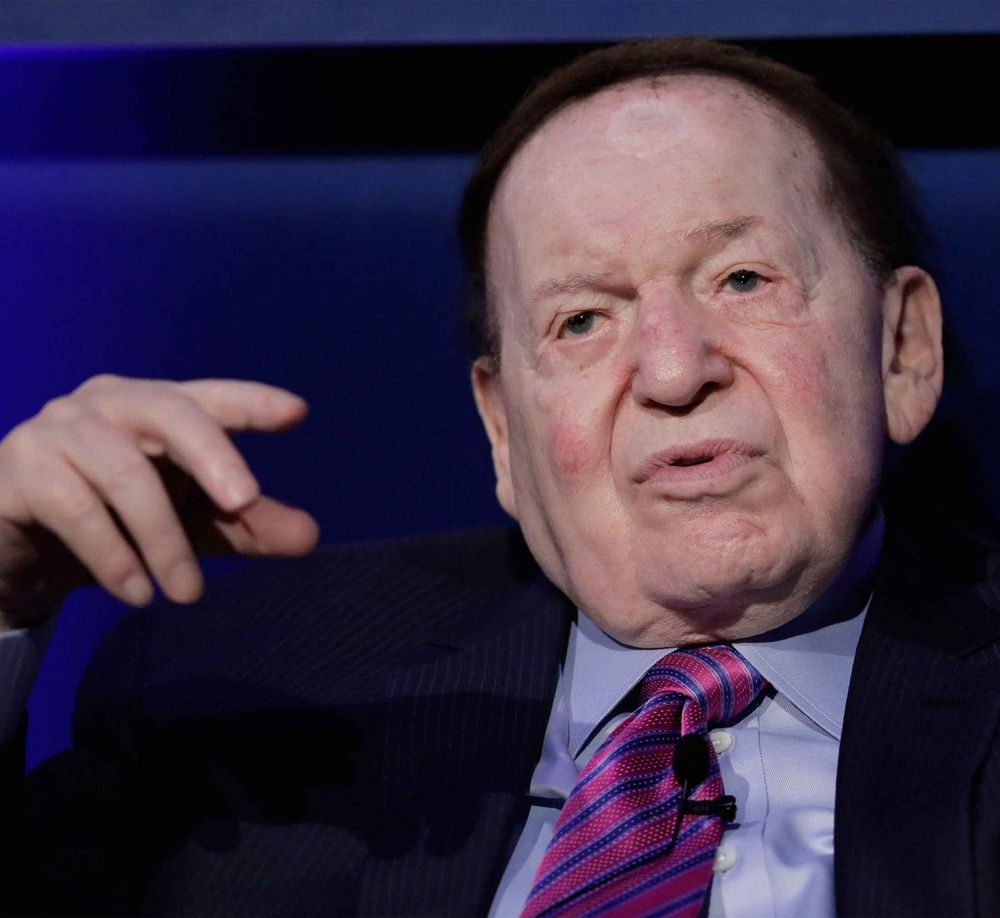 Sheldon Adelson doesn’t run the day-to-day operations of the Venetian Poker Room in Las Vegas. But since he is the CEO and founder of Sands Corporation, the company that owns the Strip casino, and because of his anti-online gambling crusade, he’s taking some heat from the gambling world over a controversial poker tournament.

Adelson, a staunch conservative political lobbyist, has fought long and hard to prevent Americans from being able to gamble legally online. He’s partially responsible for the limited online poker activity in the United States.

The casino mogul uses his wealth as a power tool to convince Republican politicians to support anti-online gambling legislation. He feels internet gambling is bad for his bottom line, which may seem a bit odd for a man worth an estimated $35 billion, according to Forbes Magazine.

What’s This Poker Tournament All About?

The Venetian Poker Room is hosting a $250 buy-in poker tournament with a $150,000 guaranteed prize pool beginning October 21. That might seem like a wonderful opportunity to win a large sum of cash for such a little buy-in. Most tournaments guaranteeing such a hefty prize pool cost more to enter.

There’s only one problem – the tournament has a maximum guarantee of $150,000. So, if the prize pool hits $300,000, which it very well might, the house rakes in the remaining balance.

This differs from most poker tournaments that offer guarantees. In most cases, if the total cost of the buy-ins exceeds the guarantee, money continues to be added to the prize pool.

In the case of the upcoming Venetian tournament, however, the casino will take in all of the additional money.

Why is This Such a Big Deal?

The Venetian isn’t breaking any laws or violating Nevada gambling regulations by hosting the aforementioned poker tournament. And it’s true that poker players aren’t being forced to play. If they don’t want any part of the tournament, they can opt to take their business elsewhere.

But as poker superstar Doug Polk said in a recent YouTube video, this tournament sets a bad precedent for the poker industry. If all goes well and the Venetian makes bank off this event, as Polk claims, it’s likely they’ll continue hosting similar tournaments. And possibly other casinos will see the blueprint and do the same.

As Polk said on YouTube, the Venetian will likely far exceed the guarantee. They know what they’re doing. Venetian has one of the top poker rooms in the world.

The controversial tournament has six Day One starting flights beginning October 21, one each day through October 25. If each session has just 100 entrants, Venetian will break even on the tournament. But given how popular their guaranteed tournaments are and how tempting this event is, the poker room will likely have 150 or more players per session, which means they’ll rake in $75,000 or more beyond the $150,000 guarantee.

Polk Calls for a Boycott

Doug Polk asked his followers to boycott the tournament in hopes of preventing the casino from having a successful event. But it’s unlikely his efforts will do much good.

Polk has a massive following with over 200,000 YouTube subscribers. But he mostly attracts hardcore poker fans. The controversial Venetian tournament is geared towards the recreational player, and many of those individuals don’t follow Poker Twitter or Polk’s YouTube channel.

It’s unlikely recreational players will realize what they’re getting into because the Venetian poker room only advertises the guarantee cap in the fine print. So, they’ll see nothing but a $150,000 guaranteed tournament for just $250 and think they’re getting great value.

What Does Sheldon Adelson Have to Do With Anything?

The odds of Sheldon Adelson even being aware of the questionable poker tournament are slim and none. He doesn’t participate in day-to-day operations of his poker room.

So, technically, he doesn’t have anything to do with this tournament. But that hasn’t stopped some within the poker community from using this as an opportunity to bash the Republican megadonor.

Adelson has fought to prevent Americans from gambling online for many years. He’s pushed anti-internet poker legislation at the federal level since the Black Friday scandal in 2011 which forced the top poker sites out of the US. And despite his age and wealth – he’s 86 – it appears he will continue this fight until the day he dies.