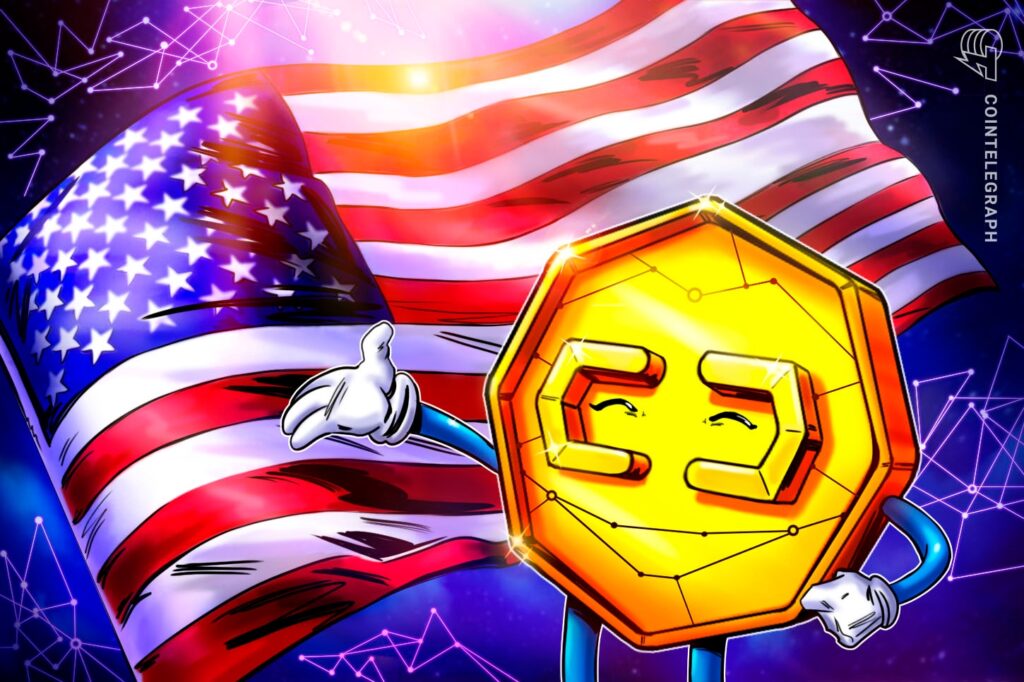 The United States is making strides on crypto regulation, and it’s home to the largest number of Bitcoin and Ethereum nodes in the world.

In her Expert Take column, Selva Ozelli, an international tax attorney and CPA, covers the intersection between emerging technologies and sustainability, and provides the latest developments around taxes, AML/CFT regulations and legal issues affecting digital assets and blockchain.

It’s fair to say that the United States is one of the most crypto-friendly countries in the world. It ranks No. 1 in the quantity of Bitcoin and Ethereum nodes, and regulators have taken a particular interest in the subject. In September, the administration of President Joe Biden released a series of federal reports addressing how crypto might be regulated in the year ahead.

As part of those reports, the Office of Science and Technology indicated that the government “has a responsibility” to “protect” communities from the negative impacts of pollution and climate change caused by cryptocurrencies.

President Biden’s Inflation Reduction Act is America’s largest-ever investment in greenhouse gas emission reduction, clean energy and climate resilience. It sets aside about $370 billion for incentives such as green energy tax credits intended to spark the large-scale development of clean energy technologies and further electrify the digitization of the United States.

Related: Here is why Germany is ranked the most crypto-friendly country

According to one report, applying blockchain technology to electricity microgrids can potentially promote “the techno-socio-economic innovations for the restructuring of the sustainable energy supply chain” by enabling distributed energy resource coordination.

Ethereum, the most widely used blockchain, recently switched to the more eco-friendly proof-of-state (PoS) consensus algorithm through its Merge event. The upgrade improved the network’s sustainability and security and took steps toward increasing its scalability, and the network now offers an attractive yield on staking.

A September 2022 report from the Crypto Carbon Ratings Institute reveals that Ethereum’s move from proof-of-work to proof-of-stake has reduced the amount of electricity the Ethereum network consumes by over 99.988% and its carbon footprint by over 99.992%. This should help the U.S. achieve its climate goals, as described by the Office of Science and Technology: “a 50% to 52% reduction in GHG emissions by 2030, a carbon pollution-free electricity system by 2035, and a net-zero emissions economy no later than 2050.”

The crypto market meltdown has attracted some of the largest asset managers to the digital asset space, including MassMutual and BlackRock — the latter of which launched an investment trust tracking the price of Bitcoin (BTC), five years after its CEO, Larry Fink, described Bitcoin as an “index of money laundering.”

Crypto exchange Coinbase, meanwhile, announced in September that it would financially back a lawsuit against the Treasury Department that claims it went too far when it sanctioned the Tornado Cash crypto mixing service.

The feds are open to developing a central bank digital currency

The Treasury Department’s Office for Financial Research released a working paper in July 2022 examining the implications of how a central bank digital currency (CBDC) might affect the stability of the broader banking system. It identified two ways a CBDC may enhance financial stability: “First, banks do less maturity transformation when depositors have access to CBDC, reducing their exposure to depositor runs. Second, monitoring the flow of funds into CBDC allows policymakers to react more quickly to periods of stress, which lessens the incentive for depositors and other short-term creditors to withdraw assets.”

Meanwhile, the Treasury Department’s September 2022 report “The Future of Money and Payments” looked into stablecoins and a CBDC, noting there is a “natural use case” for a CBDC. The report considers the implications when it comes to “building the future of money and payments,” “supporting U.S. global financial leadership,” “advancing financial inclusion and equity” and “minimizing risks.”

John Crain, co-founder and CEO of nonfungible token (NFT) platform SuperRare, expanded on the implications of PoS, telling me in an interview: “Artists have always been at the forefront of progressive causes, so proof-of-stake Ethereum is really a game changer in terms of solving for one of the biggest issues in NFT technology. […] We think that this will be a boon to crypto art and expect it to only help the market thrive.”

ConsenSys, founded by Ethereum co-founder Joe Lubin, announced it would drop one of the first sustainable NFT collections on the updated PoS Ethereum mainnet.

Illicit use of crypto

In June 2022, the Department of Justice announced it had arrested three people in connection with the “first ever cryptocurrency insider trading tipping scheme.” The alleged crimes involved a former product manager at Coinbase.

In September 2022, the department released its “The Role of Law Enforcement in Detecting, Investigating, and Prosecuting Criminal Activity Related to Digital Assets” report and established a nationwide Digital Asset Coordinator Network to further its “efforts to combat the growing threat posed by the illicit use of digital assets to the American public.”

“As digital assets play a growing role in our global financial system, we must work in tandem with departments and agencies across government to prevent and disrupt the exploitation of these technologies to facilitate crime and undermine our national security,” said Attorney General Merrick Garland.

Related: The world has synchronized on Russian crypto sanctions

Assistant Attorney General Kenneth Polite Jr. of the Justice Department’s Criminal Division said: “Developments in digital assets have created a new landscape for criminals to exploit innovation to further significant criminal and national security threats domestically and abroad.” He added: “Through the creation of the DAC Network, the Criminal Division and the National Cryptocurrency Enforcement Team will continue to ensure that the Department and its prosecutors are best positioned to combat the ever-evolving criminal uses of digital asset technology.”

The Treasury Department’s Office of Foreign Asset Control (OFAC) also updated its guidance for the crypto industry regarding how people and companies can remain compliant with its sanctions against Tornado Cash, the Ethereum privacy mixer blacklisted due to allegations that North Korean hackers used it to launder funds. The department said people could request an OFAC license to withdraw their Tornado Cash-connected funds.