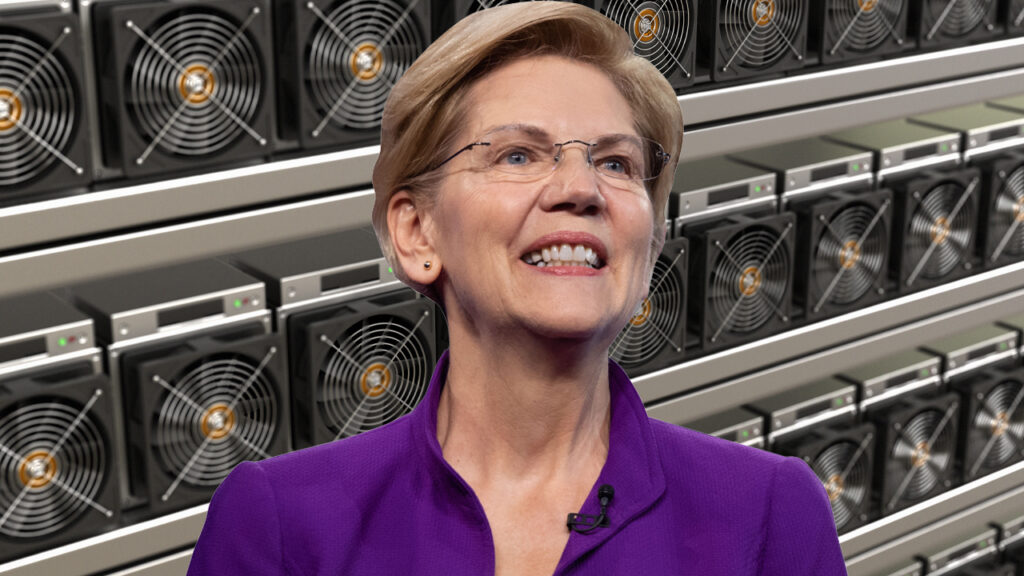 A number of Democratic U.S. policymakers have written a letter to the CEO of the Electric Reliability Council of Texas (ERCOT) in order to inquire about the cryptocurrency mining operations in the state. The letter that stems from senator Elizabeth Warren’s office says that the lawmakers are concerned with the so-called climate crisis, and the politicians are seeking information on crypto miners “using substantial amounts of electricity”

A handful of U.S. bureaucrats have sent a letter to Pablo Vegas, the chief executive officer of the Texas grid called ERCOT. The joint letter is seeking information tied to crypto mining operations and the lawmakers say they are very concerned about the effects of mining on climate change. The letter stems from senator Elizabeth Warren’s (D-MA) office and it includes the senators and congress members Edward Markey (D-MA), Rashida Tlaib (D-MI), Al Green (D-TX), Jared Huffman (D-CA), Katie Porter (D-CA), and Sheldon Whitehouse (D-RI).

The lawmakers claim that data from roughly seven different crypto mining facilities indicate that they operate on roughly 1,045 megawatts (MW) of electricity and the capacity, they say, is enough to “power a city of 830,000 residences.” Out of all the entities leveraging electrical resources from ERCOT, the bureaucrats’ letter does not disclose why the U.S. policymakers have singled out cryptocurrency mining. The letter does mention climate change over and over again, as it seems to be the main reasoning behind the Democratic politicians’ inquiry.

With the 1,045 megawatts (MW) data point, ostensibly the amount used by the seven firms, the lawmakers claim that “all of this energy use is resulting in substantial amounts of carbon emissions and other adverse air quality impacts.” The letter does not use citations from legitimate studies, but rather it cites mainstream media articles from publications like chron.com in order to back up the aforementioned statements about electrical consumption and adverse air quality. The lawmakers’ letter uses other articles from news outlets like Bloomberg, The Verge, CNBC, and Techcrunch.

The one study that the letter does utilize for a citation is the recent climate report published by the White House. The bureaucrats believe that the miners flocking to ERCOT’s electrical resources will put extreme pressure on the Texas power grid and exacerbate the so-called climate crisis. “This is particularly concerning given that extreme weather events exacerbated by climate change have already been driving up electricity use and straining Texas’s power system – from the recent heat wave in July 2022 to the February 2021 winter storm,” the lawmaker’s letter details.

While the lawmakers’ letter is full of negatives and headlines from mainstream media rather than studies, it doesn’t mention the benefits crypto mining offers to the grid and the technology’s ability to curtail carbon emissions. For instance, during the July 2022 heat wave, bitcoin miners were able to leverage direct response (DR) techniques in order to help the Texas grid handle the load. The letter from Warren’s office doesn’t mention the advantage of DR systems, but the second-largest U.S. energy corporation is studying bitcoin mining applied to DR techniques.

The bureaucrats’ letter doesn’t talk about digital flare mitigation (DFM) schemes and how flare gas can be leveraged to mine BTC rather than emitted into the atmosphere. For instance, the DFM company Crusoe Energy noted this week that the firm’s recently deployed capacity will reduce an estimated 800,000 metric tons of CO2-equivalent emissions per annum, or the equivalent of removing 170,000 cars from the road.