To HODL or have kids? The IVF Bitcoin Babies paid for with BTC profits 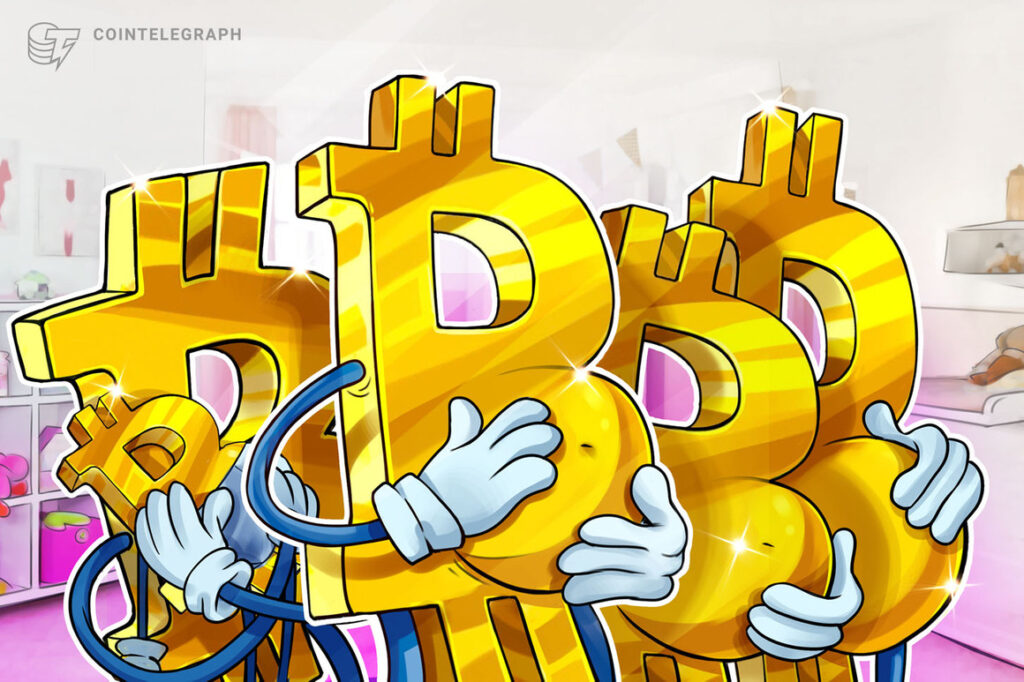 Hold Bitcoin till the very end or sell a little bit to start a family? For one Bitcoiner in Northwest London, it was a no-brainer.

Noodle, (a nickname) a Brit who first heard about Bitcoin around 2012, took profits on his Bitcoin buys to pay for in vitro fertilization (IVF) treatment for his wife. He told Cointelegraph he has “no regrets,” about his decision to start a family using fiat-denominated profits from buying, holding then selling Bitcoin.

Welcoming Noodle Jr II to this crazy world. After a tough 6 days in hospital due to unforeseen complications, Mrs Noodle and I, couldn’t be happier to bring this little hodler home! pic.twitter.com/JvlLfzABgg

Noodle first found out about Bitcoin at the tail end of 2012, when one Bitcoin was worth roughly $13.

“I was in the gym chatting to this guy that I get on well with. We were speaking in the changing rooms, and it’s funny because he was trying to explain this Silk Road thing to me — which was on the dark web.”

The now-defunct marketplace Silk Road was a place where early Bitcoin users could buy and sell pretty much anything using Bitcoin as the in-house currency. At the time, Noodle didn’t necessarily dismiss Bitcoin despite his gym buddy’s recommendation, but it passed him by until a close friend explained how to buy cannabis with Bitcoin on the Silk Road.

Once his close mate had explained that they might be able to use the Bitcoin to buy real-world items, Noodle was convinced:

The price of Bitcoin has since risen almost 400 times higher, to a $20,000 bear market value in 2022. For Noodle in 2013, he explained it was actually quite difficult to obtain Bitcoin — it was “a really convoluted process.” However, he persevered and managed to obtain Bitcoin to buy goods. Unknowingly, Noodle had also tripped down the rabbit hole and his Bitcoin journey had just begun.

Once the weed arrived, I was fully down the rabbit hole, like I was looking into everything. I never, ever thought I would have any interest in fiscal policy, in macroeconomic outlooks, etc — any of this stuff!

For Noodle, Bitcoin opened his eyes to finance, education and a whole world of new information. From fractional reserve banking to the Federal Reserve to currency debasement and how money works, Noodle was hooked. Naturally, Noodle’s wife with whom he’d been since 2008 was exposed to Noodle’s newfound passion.

The passion eventually rubbed off as in 2014, Noodle’s wife took some of the newly married couple’s wedding money to buy Bitcoin. Noodle jokes, “And who would know that that that Bitcoin would then go on to effectively fund IVF — which is not f**king cheap!”

The Noodle family had always planned to have kids. Sadly, due to Mrs. Noodle’s medical condition, conceiving was a challenge. They sought medical advice and soon realized that they may have to undergo fertility treatment:

“We struggled for a long time. We’ve never really liked the stigma around IVF, which means we prefer to talk about it then kind of keep it sort of hush.”

IVF is a fertility technique in which an egg is removed from the woman’s ovaries and fertilized with sperm in a laboratory. The fertilized egg is returned to the woman’s womb to grow and develop.

The process is time-consuming, expensive and has a success rate of 4% to 38% depending on various factors. Plus, as Noodle alluded to, there is still a stigma attached to IVF treatment, despite being a regular occurrence in Noodle’s home country, the United Kingdom. Noodle continued:

“The costs behind IVF are astronomical. Most people can’t afford it or they go into debt to afford it. Some people said ‘you shouldn’t sell Bitcoin; you should have got a loan.’ But I wasn’t prepared to be that pigheaded about it.”

So Noodle sold some Bitcoin. In sum, Noodle converted north of $70,000 in Bitcoin into government-issued pounds sterling over the course of a few years. The fiat-denominated profits paid for several rounds of IVF treatment for both of his children leading to two healthy babies.

Without Bitcoin, Noodle explained would have likely taken out a loan to pay for the treatment: “Family is important to me and I would have thrown anything and everything at it in order to try and make it work. But we were very fortunate that we had some Bitcoin and I didn’t sell it for a long time.”

With Bitcoin, Noodle and his wife were able to live their dream of starting a family, but debt free. As for whether or not there might be any more Bitcoin baby Noodles running around North West London soon, Noodle joked, “I think we’re done with two kids unless the price goes super crazy!”