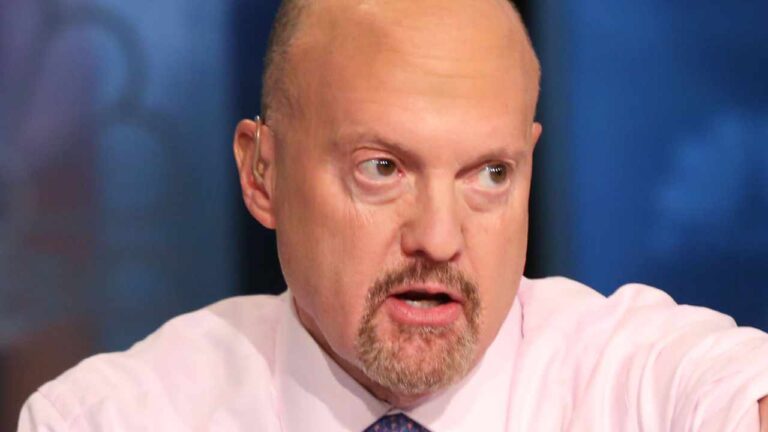 The host of Mad Money, Jim Cramer, says former FTX CEO Sam Bankman-Fried (SBF) is a pathological liar and a conman. “That guy is a clueless idiot. Intent means nothing. Saying sorry means nothing,” Cramer stressed.

The host of CNBC’s Mad Money show, Jim Cramer, shared his thoughts about the collapse of crypto exchange FTX and its co-founder and former CEO Sam Bankman-Fried (SBF) in a couple of interviews on CNBC Thursday. Cramer is a former hedge fund manager who co-founded Thestreet.com, a financial news and literacy website.

Commenting on Bankman-Fried’s claim during an interview at the New York Times Dealbook Summit that he “didn’t try to commit fraud on anyone,” Cramer said:

That guy is a clueless idiot. Intent means nothing. Saying sorry means nothing. If you commingle, if you had no record keeping, those are against the law.

“You were sloppy, you didn’t keep records —illegal — alright, so if you’re admitting to illegality, even though you think that you had no intent, the U.S. attorney does not care one wit about intent, but what the U.S. attorney cares about is: did you break the law,” Cramer stressed.

“Being a nice guy, which he clearly is, is irrelevant … It means absolutely nothing. Some of the nicest people I know have spent some serious time in jail,” the Mad Money host shared.

“He admitted to commingling accounts that shouldn’t be commingled but then he says, ‘it doesn’t really matter I feel bad,’” the Mad Money host continued, adding: “Then again it doesn’t matter if he’s a pathological liar or the most honest man in America. The fact is he broke the law.” Cramer noted: “If you commingle funds … you probably go to jail for that so don’t commingle.”

In a different interview on CBNC Thursday, Cramer opined: “I think Sam whatever — I don’t even want to dignify his full name anymore — is just a con artist.” The Mad Money host elaborated:

The con artist was just wild, he’s fabulous. Commingled, stole, but he was sorry.

“Stealers never say you’re sorry. I don’t care about ‘alleged’ anymore. I’m dropping the whole ‘alleged’ nonsense. I’m not being a journalist anymore when it comes to that guy,” Cramer concluded.

FTX filed for Chapter 11 bankruptcy on Nov. 11 and Bankman-Fried stepped down as the CEO. An estimated one million customers and investors lost billions of dollars from the exchange collapse. The company is now being investigated for mishandling customer funds. FTX’s new CEO, John Ray, told the bankruptcy court: “Never in my career have I seen such a complete failure of corporate controls and such a complete absence of trustworthy financial information as occurred here.”

After failing to overcome $24,000 yesterday, bitcoin took a serious dive and dropped by over…