Is Bitcoin an inflation hedge? Why BTC hasn’t faired well with peak inflation 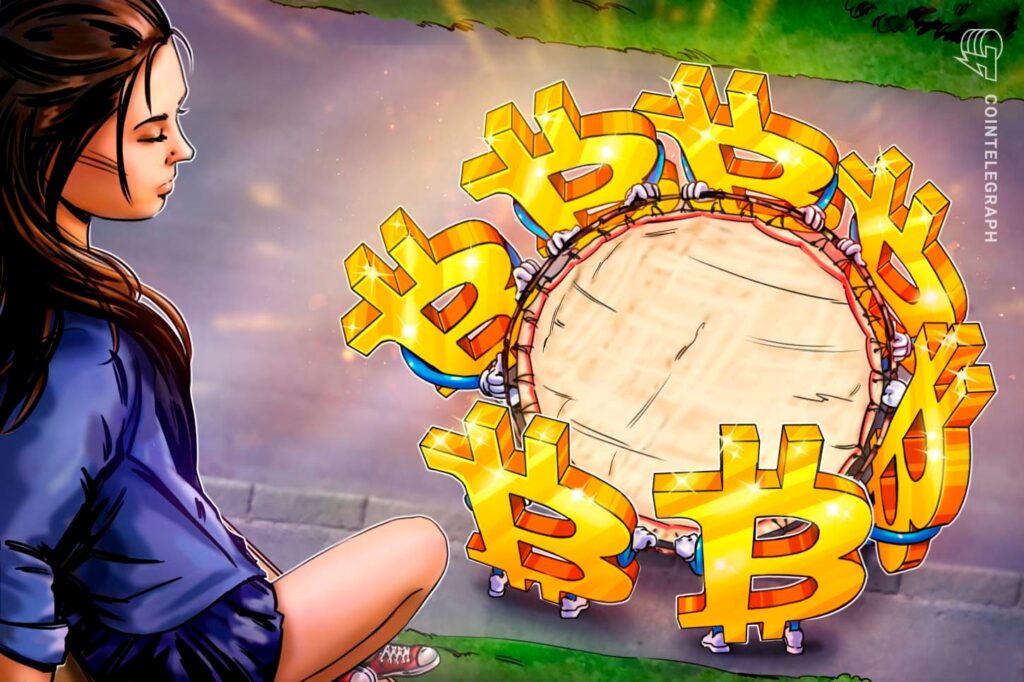 Bitcoin’s status as an inflation hedge has come under scrutiny in the current market, but experts point toward the exceptional market conditions.

Bitcoin has been projected as many things since its inception in 2009. However, the most talked about aspects have been a fungible form of future money and an inflation hedge.

The last Bitcoin (BTC) halving cycle (a block reward halving event that happens approximately every four years) coincided with the raging COVID-19 pandemic, which solidified many people’s belief in the nascent tech as a true hedge against inflation and worldly disorders. One year down the line, however, BTC has lost 75% of its market capitalization and not many would agree with the inflation hedge theory.

During the last year’s bull cycle the likes of Microstrategy, Tesla and numerous other public companies doubled down on Bitcoin’s inflation hedge aspect by adding Bitcoin to their company treasuries. Microstrategy started buying BTC when the price of the top cryptocurrency was trading in the sub-$10,000 price range and continued its purchases until the market reached the top with BTC price near $69,0000.

The decision looked very lucrative in the beginning as the BTC price was touching new highs every month and many in the crypto community hailed Microstrategy CEO as the crusader for Bitcoin’s “inflation hedge” case. However, the sentiment in the community changed quickly with the advent of the bear market, which only got worse with soaring inflation caused by various geo-political issues like the war in Ukraine and subsequent food supply and energy crises.

At present, inflation rates have touched new highs across the world and many countries are struggling to avoid a recession. Bitcoin, like most other assets, is struggling to remain a lucrative investment option, but that doesn’t necessarily mean it has completely failed as an inflation hedge, some say.

Kasper Vandeloock, CEO at quantitative crypto trading firm Musca Capital, believes that BTC is still among the strongest performing asset despite the downturn, but it depends on how one frames it:

“Sure, it is down 75%; however, that is compared to the strongest asset out there if we compare it to currencies such as the Turkish lira, it shows more strength. Besides, it is not like other hedges such as gold that have never encountered a large drawdown. One factor many people forget about is that an inflation hedge is a kind of ‘insurance’ thing such as real estate, while gold is hard to store and sell since it’s illiquid. Bitcoin offers many advantages that those assets don’t.”

Talking about the role of Microstrategy, Vandeloock believes that the Fortune 500 company’s bet has more than succeeded when it comes to MicroStrategy, “Since we can’t get an exchange-traded fund, how can we create a vehicle so others can speculate on the price of Bitcoin? That is what MicroStrategy tries to accomplish and they have succeeded.”

The idea of Bitcoin being a hedge against troubled financial markets is derived from the top cryptocurrency’s inherent properties such as a fixed supply of 21 million with central control of its monetary policy. Bitcoin proponents believe that a scarce supply added with growing acceptance in the mainstream would eventually make it a better inflation hedge than gold and other similar safe-haven assets. Others believe that the time frame will play a key role as well, given BTC is still a nascent asset class compared to others.

Bitcoin’s uncertain position as a hedge against market conditions could be attributed to several factors including a number of macroeconomic ones. The current market downturn is not just because of the fragile financial market, in fact, market conditions have been worsened by several external crises such as the ongoing geopolitical tensions that have in turn fueled financial instability.

Experts are of the opinion that during times of geo-political crisis, the United States dollar becomes the primary inflation hedge. Martin Hiesboeck, head of blockchain and crypto research at Uphold, told Cointelegraph that none of the assets are currently offering a hedge against inflation because of the USD’s strength:

“We all thought that Bitcoin was going to be an inflation hedge, but it turns out in times of war, the safe haven is still the U.S. dollar, which projects military might more than decentralized computer networks like Bitcoin. Crypto has been harmed by the strong USD, as well as the multitude of phishing scams and hacks that have occurred since the beginning of the year.”

He added that Bitcoin’s truly decentralized nature lessens its appeal during times of conflict, as it isn’t backed by any government. Thus, the main variables of concern are “the Russian war in Ukraine and the Fed’s outlook on inflation. Put those two together and we will see continued USD strength and in turn, Bitcoin weakness.”

Other experts believe that Bitcoin’s inflation hedge properties should be seen in the long term rather than the current time frame. Bitcoin might not seem to be a hedge currently but if we take a 10-year time frame, BTC has definitely outperformed most of the assets.

Alex Tapscott, managing director at digital asset management firm Ninepoint Partners, told Cointelegraph that during the ongoing financial crisis, most of the stable and safe haven assets have suffered equally. He added that Bitcoin could prove to be an inflation hedge in the long term and explained:

“In periods of extreme financial strain, the U.S. dollar rises at the expense of all other assets. Most typically ’stable’ investments like government bonds, blue chip equities and even gold have suffered and Bitcoin has been no exception. However, Bitcoin is still a good addition to a well-diversified portfolio. Its historically low correlation and track record of outsized returns make it suited to a long-term investors approach.”

Bitcoin, over the past decade, has gone through numerous cycles of ups and downs, but what has remained constant is its compounding growth in terms of value and as an asset class. The top cryptocurrency has been on a long journey from being deemed as an internet bubble to becoming a treasury asset for Fortune 500 companies. However, Bitcoin is still relatively a very young asset.

Bitcoin is not the only one down

As inflation runs rampant, most retail traders are looking for valuable assets rather than a safe haven. This is one reason why the traditional inflation hedge of gold and even Bitcoin have become less attractive.

Nick Saponaro, CEO at crypto infrastructure provider Divi Labs, told Cointelegraph that BTC will continue to be a hedge against the “dangers of a centralized and failing economic structure. Bitcoin has remained the best-performing asset for over a decade and, regardless of its narrative, will remain of interest to large-scale institutions and main street investors alike.”

He added further that it is not uncommon for stores-of-value to “take a hit early in a recession with late-stage rebounds. However, I wouldn’t be surprised to see commodities like gold and Bitcoin rebound before most other assets once we are deep in the thralls of recession.”

“When the U.S. engaged in huge monetary expansion, Bitcoin was the best-performing asset class. If you bought Bitcoin the day the stimulus checks were announced, you have still outperformed the S&P 500 by a large degree even with today’s recent price drawdown. However, for all of 2022 we haven’t been in a monetary expansion, but instead a monetary contraction. The monetary base (both currency and assets) have contracted and interest rates have risen sharply. Look no further than how gold, the original ‘inflation hedge,’ has performed. It is down along with everything else despite high CPI.”

Konstantin Anissimov, chief operations officer at crypto exchange CEX.IO, told Cointelegraph that BTC helps hedge against certain types of inflation. However, there are still factors that impact assets beyond inflation, he explained:

“The roots of price inflation can be embedded in the geopolitical landscape and the ebb and flow of the global economy. These are points that few assets are shielded from, with BTC being no exception. While BTC can help hedge against certain types of inflation, some nuance is required to unpack that sentiment.”

Bitcoin’s growth as an inflation hedge has been significant on a long-term scale. However, the present macro conditions have impacted the financial markets across asset classes. It’s not just BTC that has failed to show resilience against the blazing inflation, even some of the most reliable assets classes such as gold or governments bonds have failed to offer security in the current market.