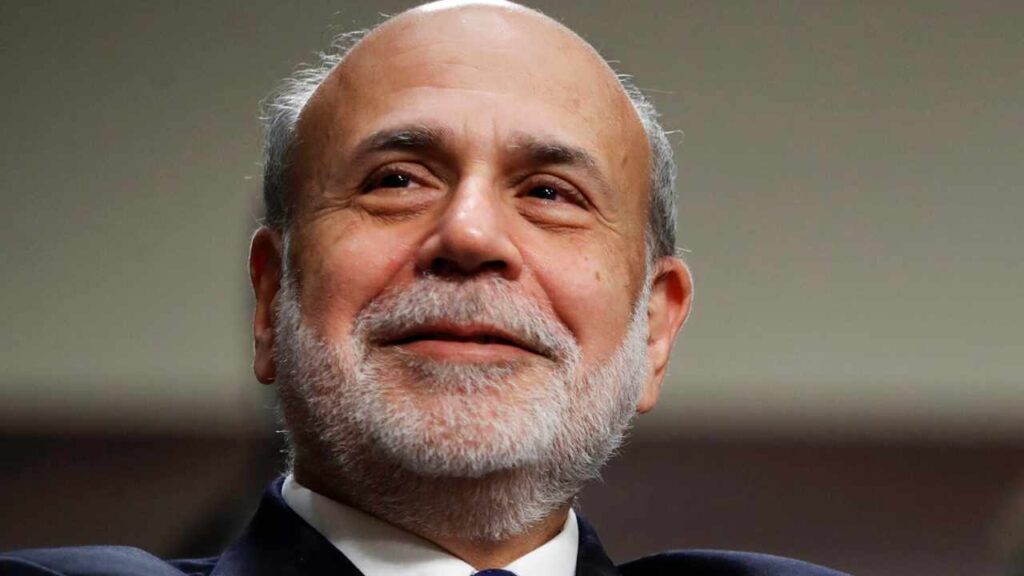 Former Federal Reserve Chairman Ben Bernanke has been awarded a Nobel Prize in Economics. The Nobel Prize committee believes that he “significantly improved our understanding of the role of banks in the economy, particularly during financial crises.” Many people, however, blame Bernanke for getting us “to the brink of collapse and under a mountain of debt with quantitative easing.”

This year’s laureates in the Economic Sciences, Ben Bernanke, Douglas Diamond and Philip Dybvig, have significantly improved our understanding of the role of banks in the economy, particularly during financial crises. An important finding in their research is why avoiding bank collapses is vital.

“Ben Bernanke analyzed the Great Depression of the 1930s, the worst economic crisis in modern history. Among other things, he showed how bank runs were a decisive factor in the crisis becoming so deep and prolonged,” the announcement adds.

Bernanke is currently a senior fellow with the Economic Studies program at the Brookings Institution. Diamond is the Merton H. Miller Distinguished Service Professor of Finance at the University of Chicago Booth School of Business. Dybvig is the Boatmen’s Bancshares Professor of Banking and Finance at the Olin Business School of Washington University in St. Louis.

‘Bernanke Got Us to the Brink of Collapse’

Many people took to social media to mock the Nobel Prize committee for awarding Bernake.

The Big Short investor Michael Burry tweeted: “Bernanke gets the Nobel Prize in Economics. Not a joke.” Alasdair Macleod, head of Research for Goldmoney, wrote: “If it hadn’t before, I think that this shows the Nobel Prize Committee has lost all credibility.”

Fiore Group CEO and Lionsgate Entertainment founder Frank Giustra opined: “I am speechless. A Nobel prize to the individual who promised us in 2009 that Fed monetary policy would revert to its ‘normal’ self — meaning that the central bank would go back to a modest-size balance sheet. Instead, we got a historic bubble & inequality.”

Bernanke got us to the brink of collapse and under a mountain of debt with quantitative easing. It’s all a scam. They don’t even hide it anymore. In fact celebrating it.

What do you think about former Fed Chair Ben Bernanke winning the Nobel Prize in Economics? Let us know in the comments section below.