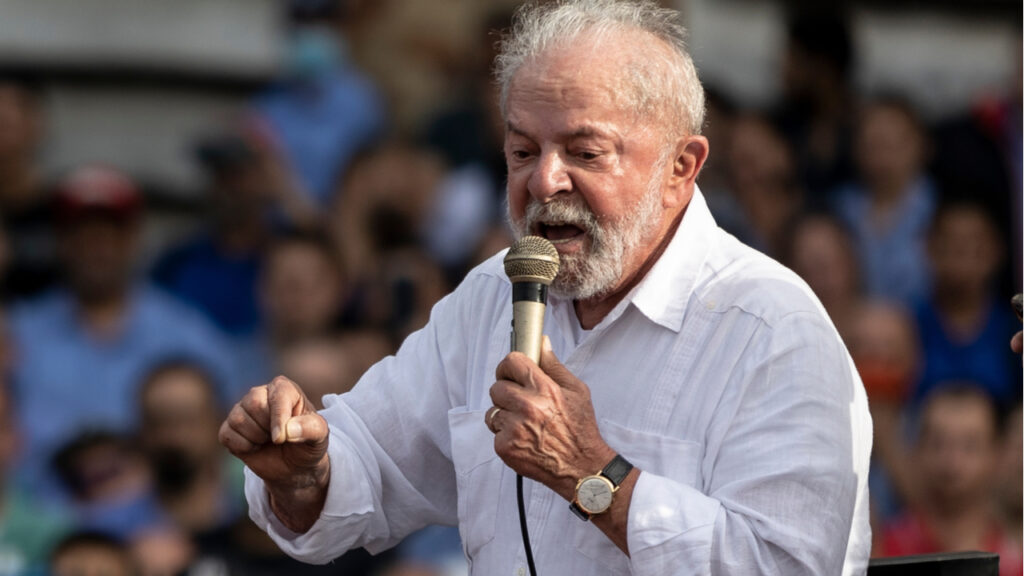 The presidential candidate that obtained most of the votes in the first Brazilian ballot round, Luis Inacio Da Silva, better known as “Lula,” declared that the Central Bank of Brazil should be responsible for building a cryptocurrency law framework. Lula also stated that the impact of cryptocurrencies should be measured to avoid any adverse effects it might bring to the national economy

The candidate that obtained most of the votes in the first voting round in Brazil’s presidential elections, Luis Inacio “Lula” Da Silva, has revealed his stance when it comes to crypto regulation in the country. Lula signaled his support to the Central Bank of Brazil, that according to him, would have to be responsible for building cryptocurrency regulations due to its autonomous character.

The candidate explained that this sector has grown immensely lately, making regulators turn their eyes to the issue. Lula stated this law framework should help to “avoid illegal practices that we can do using crypto assets, such as money laundering and currency evasion, in addition to avoiding fraudulent trading practices.”

The candidate also proposed monitoring the cryptocurrency market to avoid having a negative impact on the national economy.

Lula has been a big promoter of breaking Brazil’s dependence on international dollar markets. Lula stated in July that if he wins the election, he will support the issuance of a common currency for Latam, called SUR (Spanish for south). However, he did not offer more details on the subject. Brazil is currently in the pilot phases of its own central bank digital currency, the digital real.

Independently from the statements of the candidate, there is already a cryptocurrency bill project in the hands of the deputy chamber of the Brazilian Congress. However, it has not been discussed due to the focus that deputies have put on general elections. While there is still time for it to be discussed, if it gets delayed for the next year, the bill would have to enlist the support of a new rapporteur, and the new deputies will have to study the projects to be able to discuss it again.

This new learning process would delay the approval of the current bill. In the same way, if Lula does win the elections this month, he could veto the law when passed, as has happened in other Latam countries before.

What do you think about Lula’s stance on cryptocurrency regulation? Tell us in the comments section below.