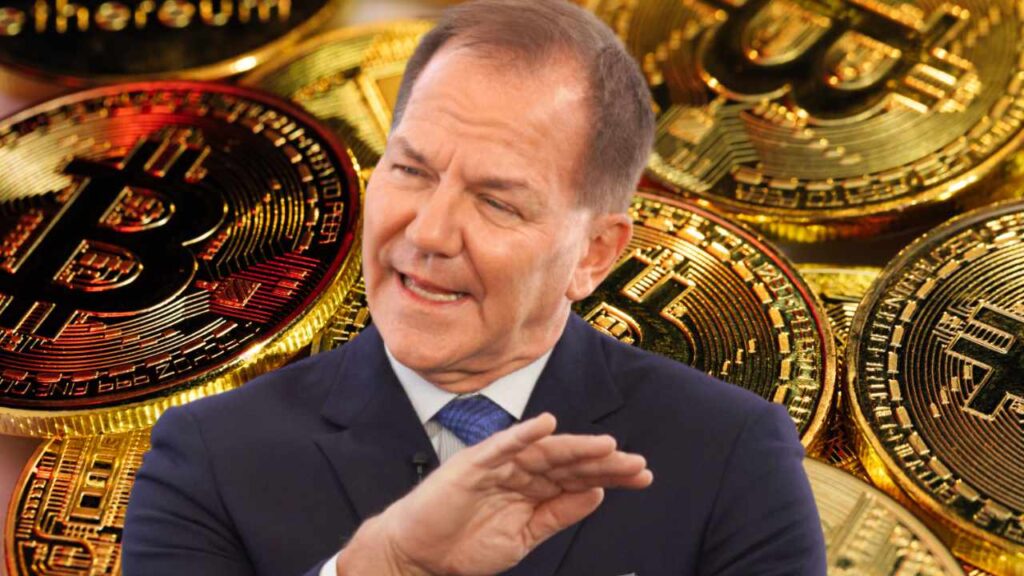 Billionaire hedge fund manager Paul Tudor Jones says cryptocurrencies, specifically bitcoin and ethereum, will be “at a value much higher than where we are today.” Confirming that he still owns bitcoin, the famed hedge fund manager revealed that he “always” has a small allocation of bitcoin in his portfolio.

Billionaire investor and renowned hedge fund manager Paul Tudor Jones talked about bitcoin and the U.S. economy in an interview with CNBC Monday. Jones is the founder of asset management firm Tudor Investment Corp. According to Forbes, his current net worth is $7.5 billion.

Replying to a question about bitcoin, its use as a hedge against inflation, and whether he still has some BTC, Jones said:

I’ve always had a small allocation to it [bitcoin] … In a time where there’s too much money, to much fiscal spending, something like crypto, specifically bitcoin and ethereum, that will have value at some point.

“We’re going to have to have fiscal retrenchment,” he further noted.

The billionaire was asked whether the crypto he mentioned will be “at a value much higher than where we are today” Jones replied: “Oh yeah I think so.”

Jones has been pro-bitcoin for quite some time. In May, he said, “It’s hard not to want to be long crypto.” He previously said that he preferred crypto over gold as a hedge against inflation. He also got his friend Stan Druckenmiller into bitcoin. However, the billionaire chairman and CEO of Duquesne Family Office LLC recently said he no longer holds BTC. Nonetheless, Druckenmiller said he “could see cryptocurrency having a big role in a Renaissance because people just aren’t going to trust the central banks.”

Paul Tudor Jones on the U.S. Economy and Recession

Jones also shared his view on the U.S. economy. Replying to a question about whether we are in a recession, he said:

I don’t know whether it started now or it started two months ago. We always find out and we are always surprised at when recession officially starts, but I’m assuming we are going to go into one.

The billionaire added: “Most recessions last about 300 days from the commencement of it. The stock market is down, say, 10%. The first thing that will happen is short rates will stop going up and start going down before the stock market actually bottoms.”

Inflation is a bit like toothpaste. Once you get it out of the tube, it’s hard to get it back in. The Fed is furiously trying to wash that taste out of their mouth. … If we go into recession, that has really negative consequences for a variety of assets.